Dive into the commercial and government robotic probes that give humans a presence beyond our planet.

Subscribe on iTunes, Google Play, or by RSS for more space exploration discussions. Cover Image: Hayabusa2 landed on the surface of Ryugu Via Twitter - Hayabusa2

This week on SPEXcast, we dive into the exciting advancements and discoveries robotic science vehicles are making across the solar system. SpaceIL launched the first commercial lunar lander on a SpaceX Falcon 9. Also JAXA’s Hayabusa2 landed on its target asteroid Ryugu, shooting it with a bullet to collect samples for the next stage of its multi-year mission. Lastly, we remember Opportunity, one of the most prolific robotic explorers.

SpaceIL on the way to The Moon

On February 21st, a SpaceX Falcon 9 took off from Cape Canaveral with a unique payload onboard. Co-manifested onboard was a small lunar lander built by a company called SpaceIL. SpaceIL was founded for the Google Lunar XPrize in 2011.

The Google Lunar XPrize is an offshoot of the Ansari XPrize, which led to the first private vehicle that sent a person beyond the Kármán Line. Although multiple teams competed in the competition, the prize expired with no winner despite several extensions. SpaceIL is attempting the mission anyway. As a result, the XPrize foundation created the 'Moonshot' Award for SpaceIL and any future teams that attempt lunar landings.

SpaceIL's lander is named Beresheet, meaning 'in the beginning', representing the first commercial lunar lander as well as the first lunar landing by the nation of Israel. It is an uncrewed vehicle and at ~600kg (1322 lbs) is also the smallest spacecraft ever to land on the Moon.
The Beresheet mission is not only a demonstration of lander technology but also includes "plans to measure the Moon's local magnetic field to help understand how it formed, and also carries a digital "time capsule" , including a full copy of English-language Wikipedia, the Bible, children's drawings, memories of a Holocaust survivor, Israel's national anthem (Hatikvah), the Israeli flag, and a copy of the Israeli Declaration of Independence."

The mission timeline began during launch on the 21st of February. The probe was supposed to slowly raise its orbit over the course of months, but initially hit a snag. During one of these propulsive maneuvers, the lander entered safe mode. SpaceIL engineers identified the root cause as interference with the star trackers, precise instruments that enable the spacecraft to determine its position while maneuvering. The expected landing date is April 11th.

After the probe lands on the Moon at Mare Serenitatis in the Northern Hemisphere, it will send live video from the surface and conduct experiments using a magnetometer. This mission will prove the capability of private lunar landers and could lead to follow on missions. NASA is actively seeking proposals for more commercial lunar landers to deliver cargo to support crewed landings on the surface. 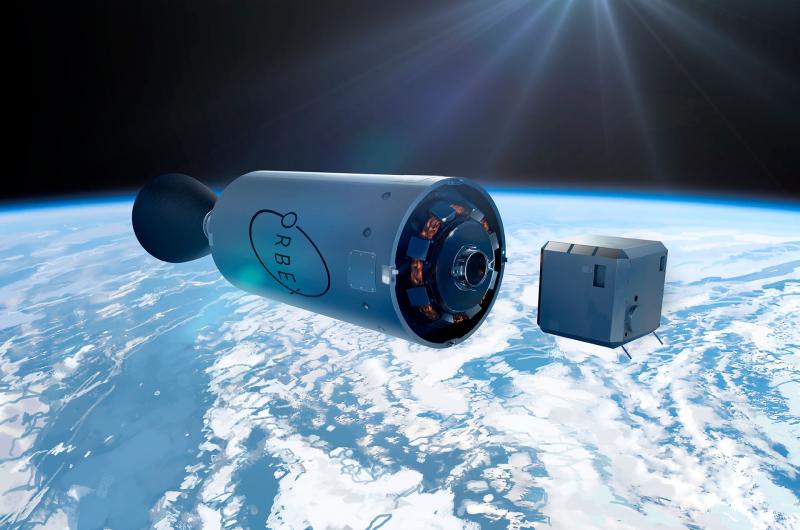 Commercial space launch is also progressing rapidly. Orbex unveiled their new launch vehicle, Orbex Prime, which would bring native launch capability to the UK from their new space launch complex. Prime is a small satellite launcher designed to lift 150-200 kg to Low Earth Orbit (LEO) with a maximum altitude of 1250 km. It uses extensive 3D printing for the rocket engine as well as carbon fiber for the airframe. Prime would be an indigenous launch vehicle, designed and built in the UK and launching from the new Sutherland Spaceport in northern Scotland.

A big question for all new rocket launch systems is reusability and how much, if at all, the system will be reusable. Orbex CEO Chris Larmour says the first stage is designed to land in the ocean. Whether it will use parachutes, retropropulsion, or another mechanism is unknown.

Prime uses bio-propane/LOX as propellants and Orbex says bio-propane will emit 90% less CO2 than the equivalent amount of RP-1. Prime is expected to fly in 2021, and slowly ramp up to monthly launches by 2024. Orbex's first customer is Surrey Satellite Technology Ltd, a powerhouse satellite builder in the UK. 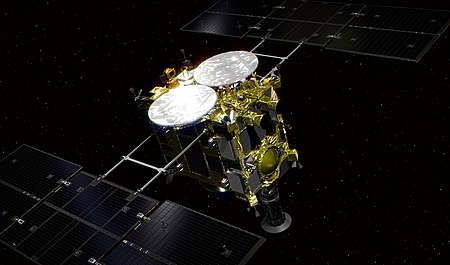 Beyond Earth Orbit, Japan’s Hayabusa2 hit a major milestone in its mission.
Launched in 2014, the spacecraft rendezvoused with its target asteroid, Ryugu last September. On its first close approach, the spacecraft released two hopping rovers to the surface. Until this week, Hayabusa has been in 20 km orbit around the asteroid. Hayabusa2 touched down on the surface on February 21st and placed a collection “horn” against the regolith. The vehicle then shot a bullet into the regolith, ejecting material into the horn. This allowed for sample collection of material within the asteroid without using a drill mechanism. The asteroid is billions of years old and top layers have been bombarded by cosmic radiation, so hayabusa2 will shoot it again with a heavier bullet to collect samples further under the surface.

Ryugu is thought to be rich in water and organic matter, and it could provide a time capsule for the study of these starting materials prior to their incorporation into planets and moons. Hayabusa2 will store each sample in a separate sample return capsule (each one is about 40cm by 20 cm) and depart the asteroid in December 2019 It will return to Earth about a year later, landing in a remote part of Australia.

If you’re interested in asteroids, you can check out episode 13, where we sit down with Anthony Hennig, an expert on asteroid mining and public policy.

Goodbye to Opportunity, Good Riddance to Mars One

NASA's Opportunity rover sent its last message from Mars in June 2018, and the mission was finally declared complete on February 13. During its operational life, Opportunity covered more than 28 miles on the surface of Mars and outlived its 90-day original mission by almost 15 years.

But one mission we are glad to see go in the trash is Mars One, a pitch for a reality show centered on sending human colonists to Mars. The company was exposed as a scam in 2014 but it wasn't until January of this year that we discovered Mars One finally declared bankruptcy.

To get a glimpse at what a human Mars colony would be like for the crew, check out The Habitat by Gimlet Media. A podcast producer met with the crew of a HI-SEAS mission, an actual NASA-run simulation of a Mars mission, and gave the crew audio recorders. The result is a fantastic series that gives us a glimpse at what life might be like for Earth's first Martian colonists. 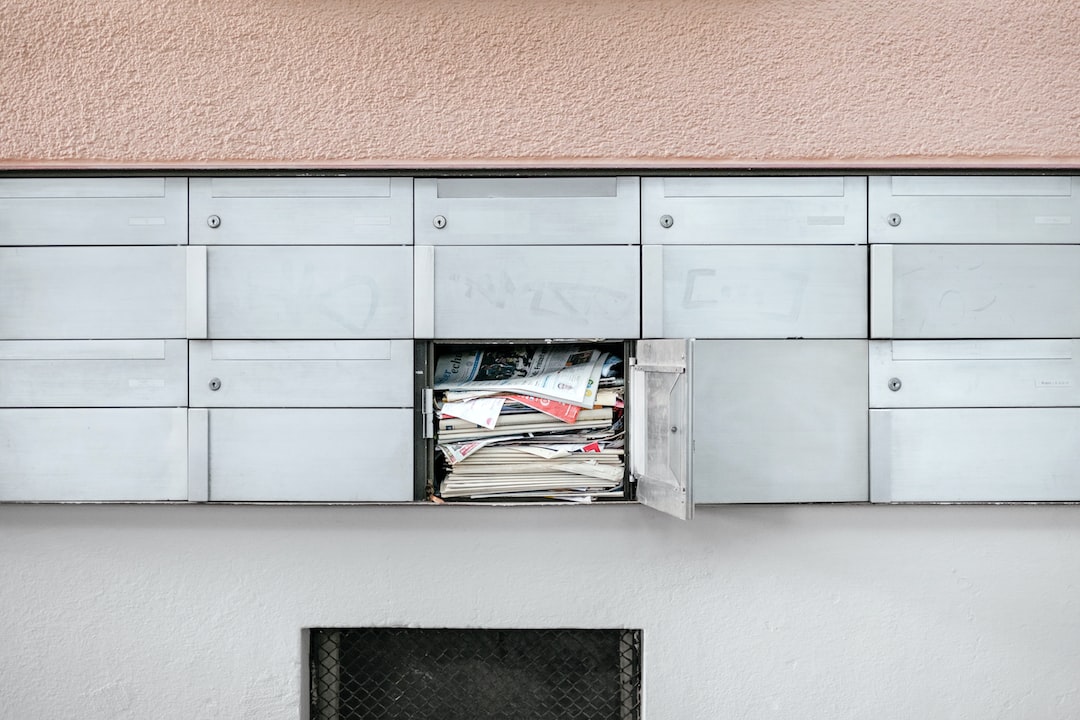 This week we also have a letter from one of our listeners. In episode 64 we talked about Virgin Galactic’s first powered flight into space, signaling the approach of commercial flights for the 14 year old company. We also took the opportunity to compare Virgin Galactic’s SpaceShipTwo with a recent competitor, New Shepard from Blue Origin. Emmet writes in pointing out a few things we missed in our discussion a few weeks ago.

Firstly, when you compared and contrasted the Blue Origin New Shepard and the Virgin Galactic SpaceShipTwo, you made no mention of safety considerations. To that point, four people have been killed so far in the development and operation of SpaceShipTwo. Branson tends not to acknowledge the older accident, but three Scaled Composites engineers were killed in an oxidizer processing mishap in 2007. In the immediate aftermath of the fatal explosion, Burt Rutan claimed that nitrous oxide was "not considered a hazardous material." To date, no one has died in the development or operation of New Shepherd vehicles. Secondly, New Shepherd is completely automated. SpaceShipTwo is completely manual, so much so that it is compared to a "dawn of aviation" type design. This is in keeping with Burt Rutan's one-off "test aircraft" design philosophy. Not coincidentally, the most recent fatality in 2014, where the vehicle broke up and the co pilot was killed, was attributed by the FAA and the NTSB to human factors design flaws.
Finally, you asserted that SpaceShipTwo is completely reusable. However, the hybrid engine that powers the vehicle is single use.

You can listen to our response in the episode above. If you have thoughts, comments, suggestions, or your own questions you’d like to have featured on the show, shoot us an email [email protected] or a tweet @spexcast