Last Thursday, March 29th, 2018, SpaceX launched the fifth batch of Iridium satellites from Vandenberg Air Force Base in the early morning. Later today, SpaceX will launch CRS-14, a SpaceX Dragon on a resupply mission to the ISS. These missions are a part of what have been dubbed the "SpaceX Steamroller" of April 2018, however it is important to remember it hasn't always been this way.

This week on SPEXcast, we discuss the recent release of the public report on the CRS-7 incident. We also cover the exciting new from Satellite 2018, including updates from key space industry executives. Orbital ATK also unveiled their Mission Extension Vehicle, which they intend to use to provide on-orbit maintenance and mission life extensions.

NASA released the public report on the CRS-7 incident on March 12th, 2018. 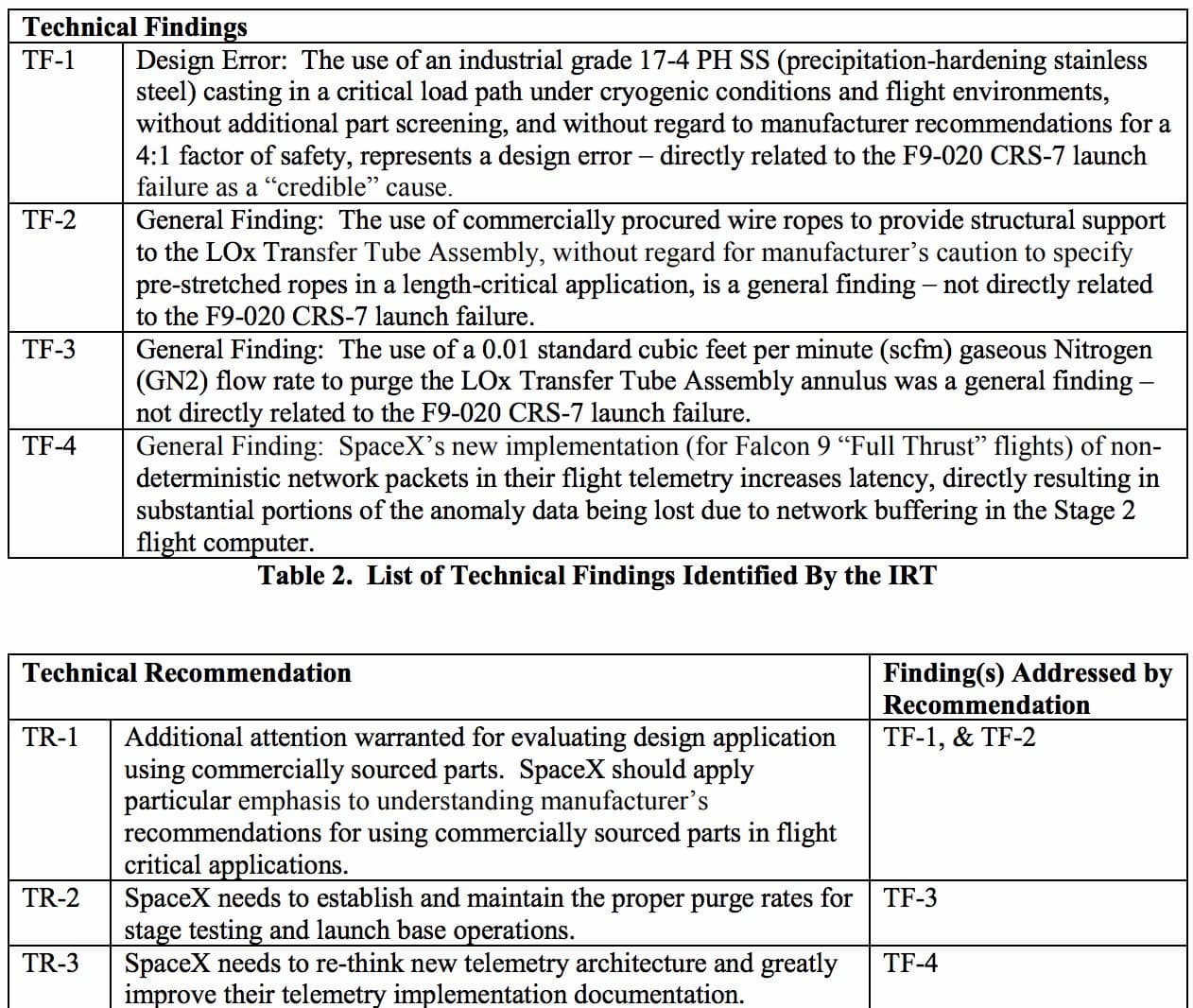 April is a busy month for SpaceX. They planned to launch 5 rockets under 30 days. Here is the provisional schedule as of April 2nd, 2018. Iridium-6 has since moved outside that window.

At the conference, many key executives of space launch companies spoke to give updates on the work of their companies.

Ko Ogasawara, MHI: H3 development “completely on track”; will be able to do up to 10 launches a year, 2 in 3 weeks. #SatShow

Ko Ogasawara: We need 2 months between launches, having only 1 pad has been an issue on cadence; with next-gen H3 rocket, we'll have two pads at the Tanegashima site. #SATShow

Ogasawara: H-2A launch rate limited by fact only launch pad at Tanegashima; need 2 months to turn around pad for next mission. H3 will have two pads. #SatShow

Gwynne Shotwell: will be “significant overlap” between Falcon 9 and Falcon Heavy and BFR, given the effort required to develop Falcon vehicle sand getting government certification for them. #SatShow

Gwynne Shotwell @SpaceX: Block upgrades are behind us now, we can get cadence up; 9 flight-proven 1st stages launched so far, and 1/2 of this year's flights will use flight-proven stages. Customer acceptance happening faster than we thought.#SATShow

Stéphane Israël, Arianespace: on track for first launch of Ariane 6 in mid-2020. CDR this summer. #SatShow

For @torybruno @ulalaunch, our 1st decade's job was to fly for US govt. Now we can shift our attn to commercial marketplace. Now we market directly to commercial customers. #SatShow

Bruno @ulalaunch Lots of Vulcan investment is not ULA money, but investment by the supply chain. Not only are we better our future on product development, so are they.#SATShow

Shotwell @psacex: Market is not just demand, it's demand with money. A lot of smallsat guys dont have much money. That's why we ended Falcon 1. But with constellation replacement, small launchers may find a market.#SatShow

Bruno: see small launch vehicles as complementary to our larger vehicles. We deploy constellations and small launchers can replenish them. #SatShow

Shotwell @SpaceX: Satellite servicing ideas were born in part in response to high launch prices. As prices come down we'll see what the actual demand is. #SATShow

Bruno: congratulate SpaceX on Falcon Heavy achievement. But there’s no innovation if we all do the same thing; pursuing our own approach to reusability, market will tell us what is best. #SatShow

Mowry: at our heart, Blue Origin is a propulsion company. Propulsion is a key technology and you need to own that. #SatShow

New test video of Blue’s 550K lbf thrust, ox-rich staged combustion, LNG-fueled BE-4 engine. The test is a mixture ratio sweep at 65% power level and 114 seconds in duration. Methane (or LNG) has proved to be an outstanding fuel choice. @BlueOrigin #GradatimFerociter pic.twitter.com/zWV0jWXIvx

Orbital ATK’s Dave Thompson giving an overview of development of the initial version of the Mission Extension Vehicle, with Intelsat as first customer. #SatShow