Last week, NASA announced new partnerships with space companies to develop technologies at the 'tipping point' of changing how humans explore space. The Tipping Point program is designed to fund technologies and projects " if an investment in a demonstration of its capabilities will result in a significant advancement of the technology's maturation, high likelihood of infusion into a commercial space application, and significant improvement in the ability to successfully bring the technology to market.". The latest round of awards offers an exciting look at the near term prospects of space technology. United Launch Alliance and Blue Origin walked away with the biggest chunks of the $44 million award. While these awards are substantial, each proposal requires the awardee to put up no less than 25% of the award in their own money for the project. This encourages private funds to be spent on space development, making NASA's dollar stretch further.

Blue Origin toward the Moon 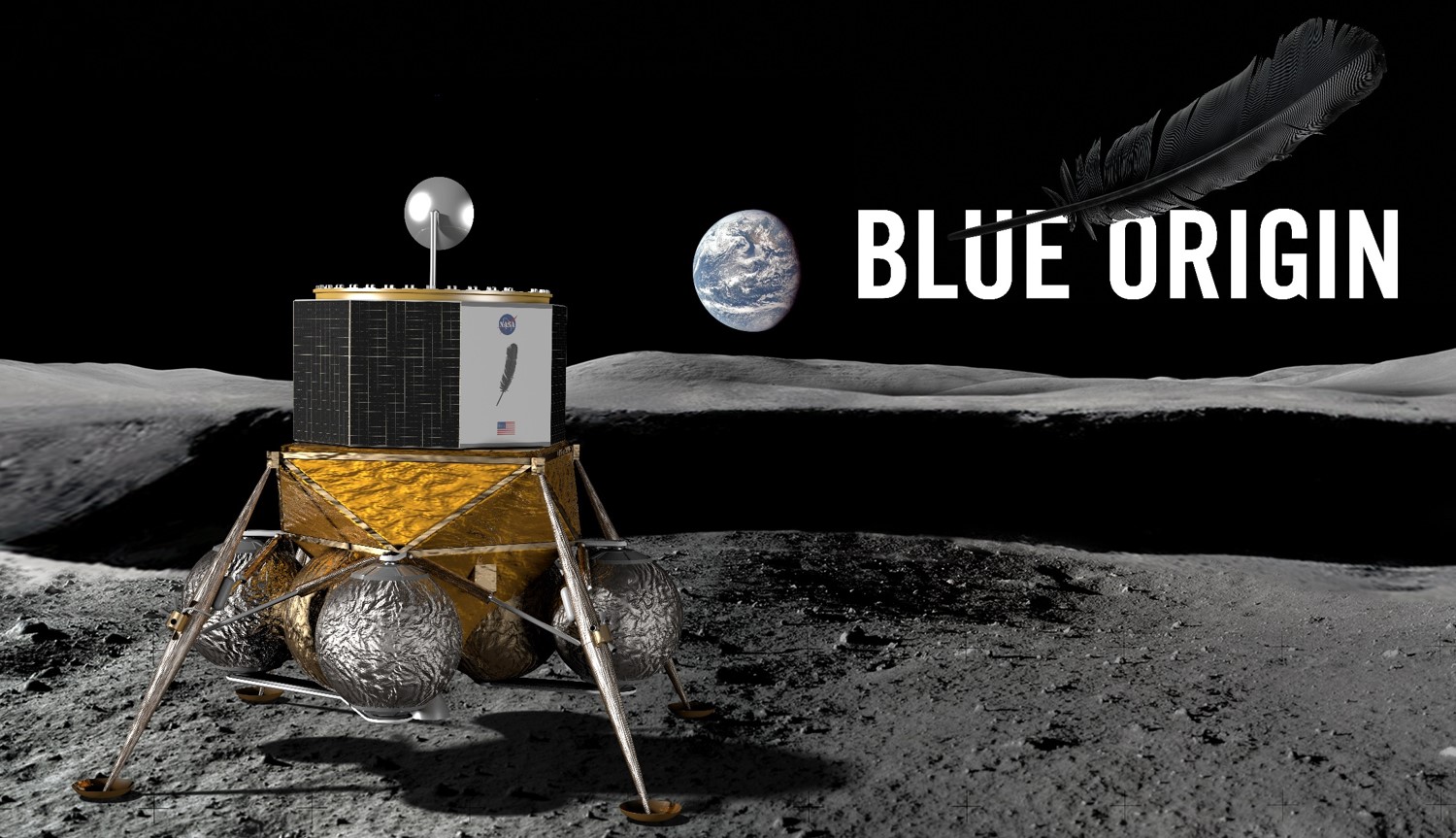 Concept of Blue Moon on the Lunar Surface. Via Blue Origin

Blue Moon has been an exciting concept from Blue Origin for over a year now. Originally a white paper leaked by the Washington Post in March 2017, Blue Moon describes a hydrolox unmanned lander capable of delivering payloads to the lunar surface. While most New Space companies aim for Low Earth Orbit (LEO), and SpaceX aims for Mars, Blue Moon offers an exciting opportunity to see new capabilities return to the lunar surface. Any manned lunar base would require regular cargo deliveries and NASA currently does not have any active lander development programs to go along with its Lunar Orbiting Platform - Gateway. Blue Origin also has another contract award for the autonomous sensors to make this mission a reality.

Blue Origin has shown impressive autonomous landing technology with the flights of its New Shephard vehicle. BO has a long history building Vertical Take-off and Landing (VTVL) rocket-powered vehicles. Landing on the Lunar surface will be a new challenge to take on. Earth landings provide a variety of benefits, including access to the GPS system, an atmosphere for decelerating drag and aerodynamic control surfaces, as well as flat, solid landing pads that can be prepared ahead of time. Neil Armstrong famously had to assume direct control of the LEM during Apollo 11 because the chosen landing site was filled with large boulders. Building an autonomous system that can handle those challenges is no easy task.

SMART Reusability aims to return only the most expensive components of the rocket booster, the engine section, using heatshields, parachutes, and mid-air recovery.

An Integrated Vehicle Fluids (IVF) system supports extended-duration cryogenic upper stage operations and has applications for lunar landers. It takes advantage of available liquid hydrogen and oxygen to provide multiple kilowatts of power while potentially eliminating battery power, helium pressurization, and the hydrazine reaction control system. This effort includes qualification of key elements of the IVF subsystem and integration and flight on a Centaur upper stage.

The Intergrated Vehicle Fluids system is a critical part of ULA's ACES upper stage for its Vulcan launch vehicle. Cryogenic fuels like liquid oxygen and hydrogen slowly evaporate and must be outgassed from the vehicle. This puts a hard limit on how long high energy upper stages can coast in space. For this reason, almost all long-duration satellites use 'storable' propellants that won't boil off such as hydrazine. IVF hopes to solve this problem by providing active refrigeration to the remaining fuel using the evaporated gases as input energy. IVF actually uses a plain-old internal combustion engine, where oxygen and hydrogen and combined to produce rotational energy and convert that into an electricity supply on-board the spacecraft. ULA partnered with Rousch Industries (of Nascar fame) to provide the expertise on internal combustion engines for the project. IVF also includes H2/O2 thrusters so that storable propellants can be completely removed from the vehicle, reducing complexity and making integration on the ground safer.

Along with IVF, insulating the tanks of ACES over long periods is a critical risk for the project.

This project will flight demonstrate mid-air retrieval capabilities up to 8,000 pounds, increasing current capabilities by a factor of four. Paired with the NASA Low-Earth Orbit Flight Test of an Inflatable Decelerator (LOFTID) project, this effort will demonstrate mid-air retrieval on a vehicle returning to Earth from orbital velocity. The project will utilize an ocean-going ship capable of transporting a helicopter to the recovery zone and the demonstration will conclude with recovery of the LOFTID reentry vehicle. 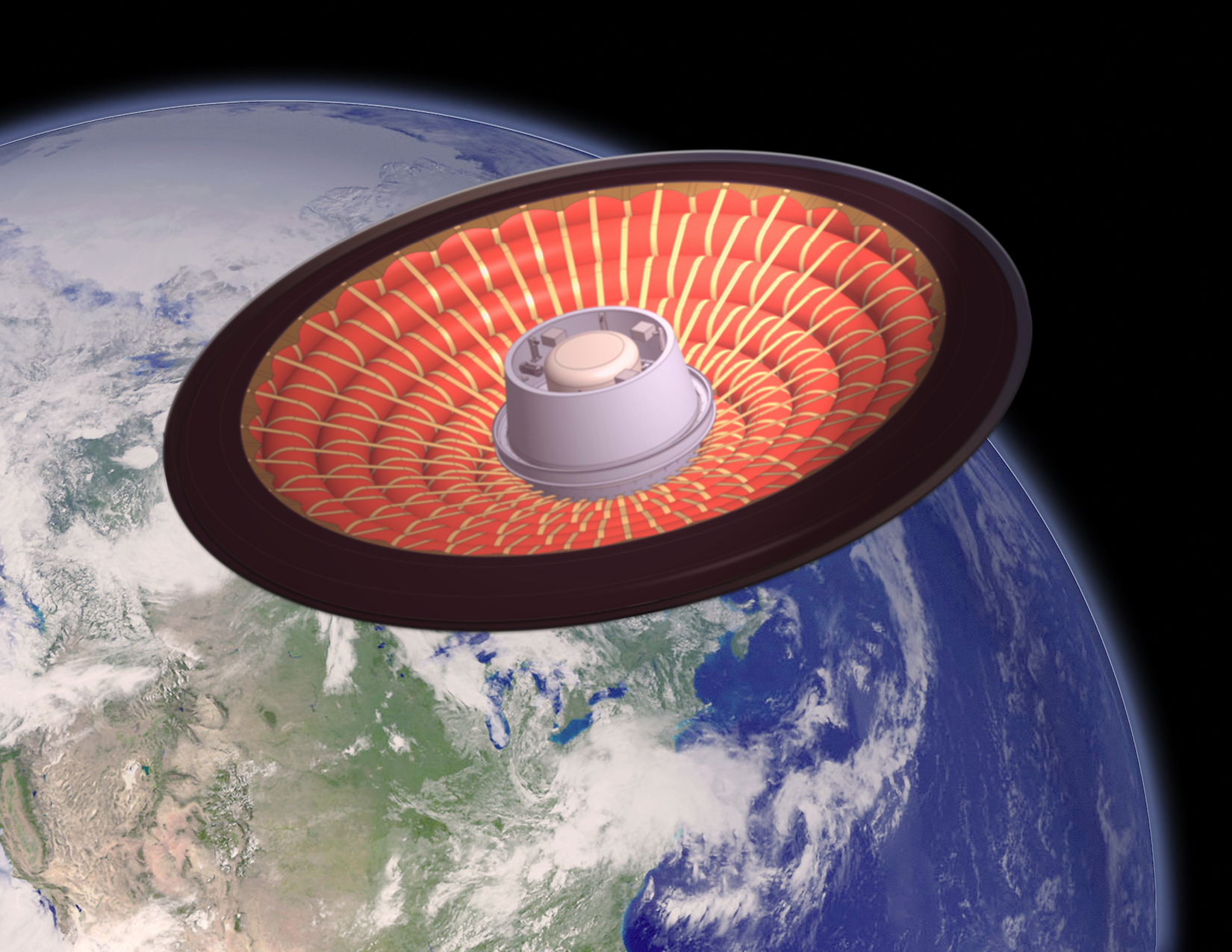 This project funds key components of ULA's Sensible Modular Autonomous Return Technology (SMART) reuse plan. LeO Flight Test of an Inflatable Decelerator (LOFTID) is a mission demonstrating an inflatable heatshield like the one planned to protect the engines of Vulcan during SMART. Demonstrating that large, heavy objects can be captured and recovered mid-flight is key to reducing the development risk of SMART.

Winning these contracts is just the first step in bringing this technology into reality. ULA expects Vulcan to fly in 2020 but it will use Centaur, rather than ACES for its second stage. ACES is planning to fly several years after that. SMART reuse comes even later, scheduled for no earlier than 2024. Blue Moon may fly as early as 2020, but it depends upon the development of New Glenn, Blue Origin's primary focus. If these technoligies succeed, the U.S. will have exciting, new capabilities which will enable even more exploration of space at lower cost.