Mass-produced satellites backed by an all-in-one operations system enables new space applications to be tried quicker than ever before.

This week on SPEXcast, we sit down with Charles Beames, CSO of York Space Systems, a New Space startup that provides full service satellite development and operations to companies seeking to utilize the space environment. We discuss the unique challenges of offering end-to-end service to customers, how to build satellites within two days, and the evolving opportunities New Space provides businesses and government.

SPEXcast: To get started, can you tell us about York and what you do there?

Charles Beames, CSO of York Space Systems: Sure, my name is Chuck Beames, I am the Executive Chairman of York Space Systems which means that I'm the chairman of the board and really set the overall direction for the company and I am responsible for ensuring both the near-term investment, and technology strategy and the long-term business approach. Our basic model is that we actually manufacture a spacecraft that is a very low-cost industrial grade spacecraft that is in a performance envelope to be able to do real missions, not just experiments, but real missions with very predictable design life, and we're able to offer at York Space Systems overall an end to end capability unique to the whole New Space environment.

SPEXcast: Other space startups tend to focus on one segment of the industry at a time such as launch, spacecraft platforms themselves or mission operations. Which segments does York operated.

Beames: Well, what we do is we have mission partners, so what we actually manufacture ourselves, is the spacecraft platform. What we found out quickly as we've been building out our strategy is that what's really needed, is an end-to-end capability. Obviously, we didn't wanna repeat what other people do very well. We have put together an enterprise system around which we have a mission operations center, for example, so we're able to, at any given time, fly six different customers' constellations. It's very useful for entrepreneurs and new companies that are getting started. They wanna test out their concept with two or four satellites for example, before they go into raising more capital to build out their constellation. On the government side for experimental kind of payloads, they're very interested in doing that as well. On the launch side obviously don't do much, but I'm very familiar with the launch business having run a launch company in the past and what we are being asked by many of our customers to do is to help them secure the right launch system for them. The right launch system for a customer is at the intersection of many things: the amount of money they have. the urgency of their launch, and the complexity that they're willing to live with. The one thing that makes us unique in that way, is that our platform can be launched on any number of different rockets. Tt's uniquely designed to be air-launched or ground launched, and it can go on a single launch vehicle, like the Rocket Lab Electron, for example, or it can go on a rideshare on an ESPA ring on Atlas V or on a Falcon 9 or even on a Vega.

SPEXcast: From a business perspective, what advantage is open up to York from owning the end-to-end process from hardware to on-orbit operations?

Beames: Well, the advantage is really for our customer. We've done this in response to the customer need. The future of really the whole small satellite revolution is about space data, and so the next generation of companies that want to become space space operators are actually not space companies at all their data companies, but what they know is that they need certain data types and in spectral regions or certain parts of the RF and what they ideally would like is somebody that can just put together all the pieces that they need including, for example, some customers that are even asking us to build their instrument for them. , we haven't signed one-on-yet as an actual contract, but we've been approached by many.

They tell us exactly what the instrument needs to perform and then they ask us to a contract for the development of that. It's not something we do yet, but it very well may be in the future. What makes York unique in that way, is that our universal platform allows, with a very standard interface, and very low cost, a lot of plug-and-play operations in the visible spectrum, all aspects of spectral RF and with high pointing accuracy. 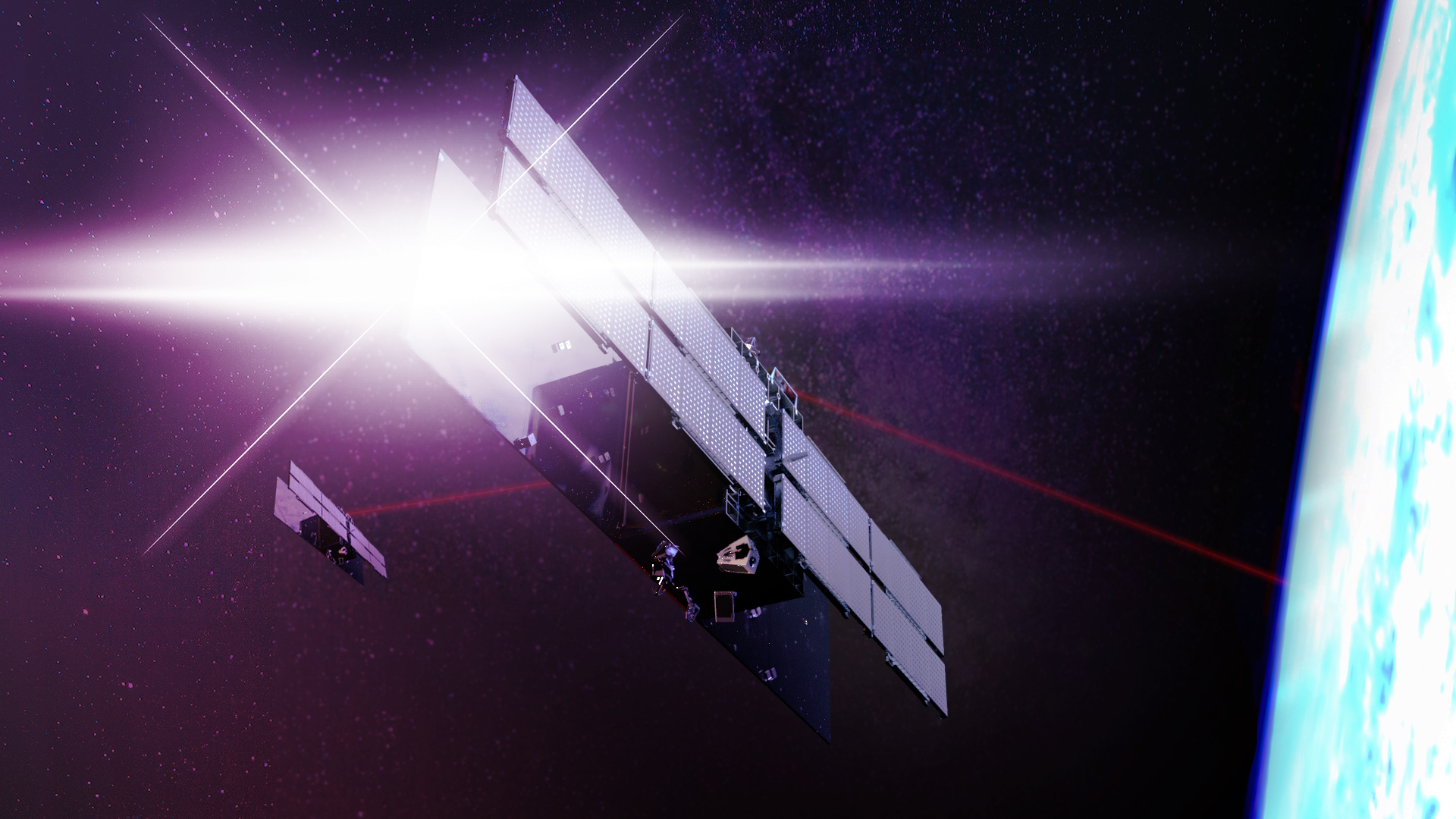 York Space Systems has announced that they will supply 10 Synthetic Aperture Radar satellites to ICEYE. Check out our interview with their co-founder.

SPEXcast: It is no secret that New Space is trending toward large constellations of small satellites in LEO. What is York doing to anticipate the demand for this kind of space system architecture?

Beames: There's kind of two things going on simultaneously. There are the large constellations that are being proposed and funding is being raised to build those out. For example, OneWeb and others. StarLink, I think is another... that's interesting and we'll see how that all plays out.

But the more interesting story that's going on that is largely unreported is that there's hundreds of entrepreneurs out there that have ideas and they're raising small amounts of money to propose new mega constellations but they're not backed by billionaires. So what they're doing is they're looking for inexpensive ways to test out their hypothesis.

Let's say they have indications from other research, some of them are coming straight out of the university, to certain spectral region that they want to collect for a particular need. What they wanna be able to do is put up two satellites, and collect data against that and show that to investors and then they can go from there. And that to me is the far more interesting thing.

And what York bring to that is the ability to manufacture, at rate, today about 50 a year. Not only is our spacecraft itself a proprietary design, but so is our production processes. We're able to make a single 150 to 160 kilogram spacecraft in a matter of two days and that production facility can be replicated in many places, as it's necessary. We are in simultaneous discussions for building out additional production facilities all over the world.

SPEXcast: The platform you're referring to is what's called your S-Class platform, can you tell us more about it?

Beames: The bus itself was about 65 kilograms and it can handle a payload mass of 85 kilograms. We have a standard S-class and then we have priced upgrades. Think of it when you're buying a car, a toyota or something, you can get the base model or you can pay for upgrades. The cars all pretty much look the same but the performance can be significantly different. In our case, there are memory upgrades you can do, there's power upgrades that can be done that are already developed, they're just priced options and they're very inexpensive. You're talking about everything from a base model is around a million dollars to a really loaded model, if you will, is maybe a million and a half with everything, all kinds of memory upgrades, power upgrades, etc, and that's still one-tenth the price of our nearest competitor.

Check out the episode player at the top of this post for our full discussion with Charles Beames and subscribe on iTunes or your podcast service of choice to catch our upcoming episodes.