This week on SPEXcast, we sit down with Pekka Laurila, Co-Founder of ICEYE, a New Space startup trying to revolutionize the business of space-based, synthetic aperture radar imagery. We talk about the challenges of building microsatellite constellations capable of imaging the entire planet and the key commercial technologies ICEYE leverages to make radar imagery available more quickly than ever before. We also discuss the technologies required to turn radar data into actionable information that companies can leverage to make decisions that can impact all of us.

ICEYE's Eye in the Sky 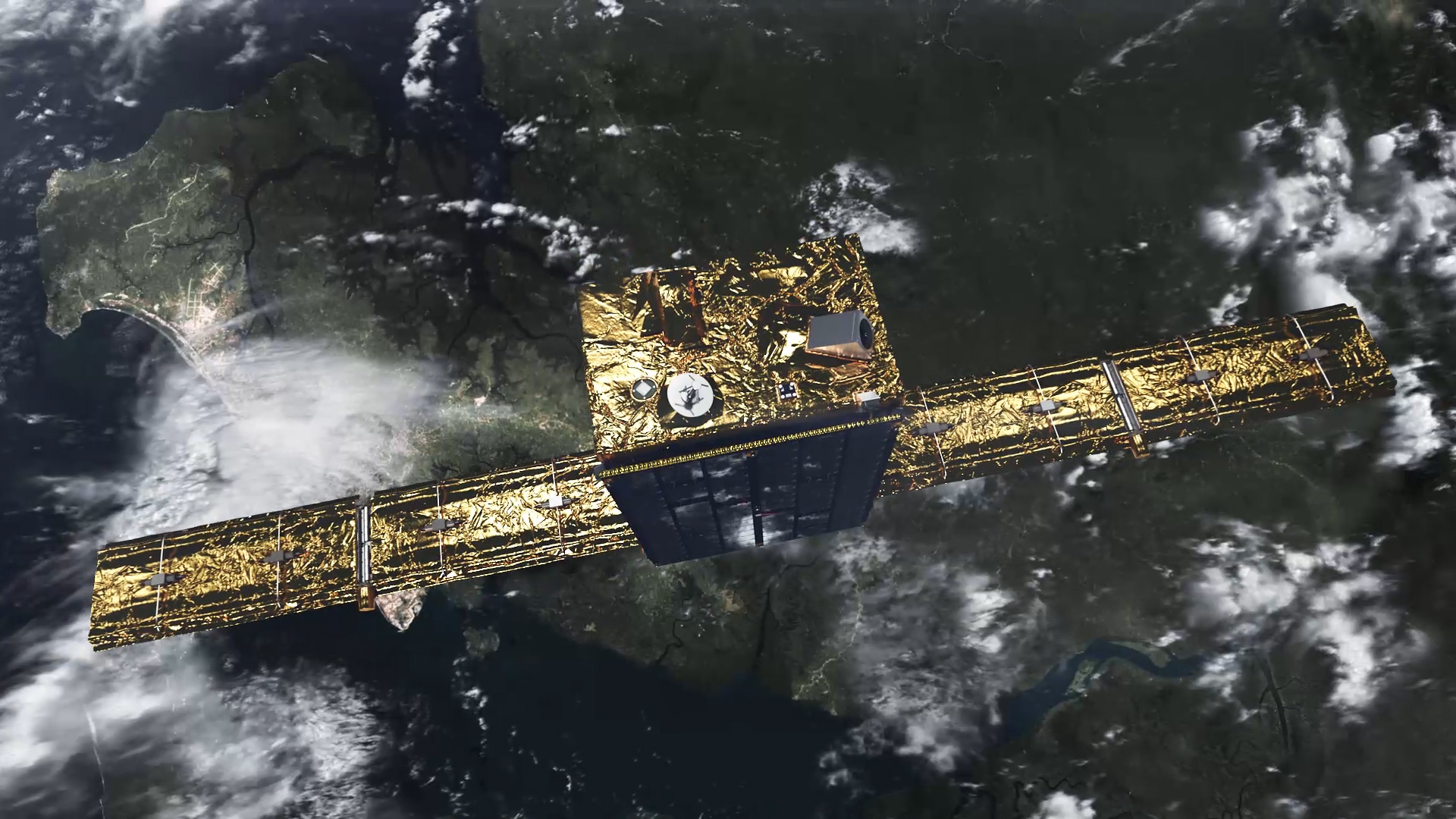 Rendering of ICEYE-X1 on orbit, scanning the Earth with its onboard SAR array. Via ICEYE

SPEXcast:Can you tell us what your job is at is and what the company is all about?

Pekka Laurila, Co-Founder of ICEYE: Sure, ICEYE is about creating a new source of information in the more global, more reliable and more frequent in time respect. We're really trying to bring the sort of global information into working in sort of human time-scales rather than rather than sort of more statistical time scales that the earth observation traditionally has been has been working in and we are doing this by using our own microsatellite radar sensors. And what was really cool about these sensors is that we can create this reliable sensor that can see through the dark and through the clouds. And so, its really enabling us to do reliable imaging day and night and very frequently because we are using this microsatellite technology essentially enabling us for the first time in the world, large constellations, which means that we can bring the time scales into very rapid ones At our heart we are very much a sensors and hardware company, but we are pushing more and more into the information business if you will.

And then my own role in this company, I've been along the full story as a co-founder and on a day-to-day basis focusing really on the product where the product can be really anything from single imagery to curating information on a more broad scale.

Pekka: Sure starting with the word itself, if we start with radar.

So radar is when you transmit microwave pulses and your seeing the reflections back from your target area. This in itself creates the opportunity to essentially observe reliably because you're able to send your own energy and then to use backscatter of that energy, regardless of the external lighting conditions, and then when you're operating in microwave frequencies, we're operating in x-band frequencies, which is around 00 GHz in carrier wave. That means that the way length is long enough to penetrate clouds too. So this means that you're creating this very reliable source of information in a way that you don't have to care about the weather or time of day when you're doing this. So this is the radar part. And then now if you were just to send pulses and then wait for returns, you'd essentially be working with the system that if you've seen how an air surveillance radar works, where you're seeing those blips from a distance, that's not all you want to see. You want to actually see images. The synthetic aperture in this case means that while the radar is flying and transmitting those pulses over the location we can use the Doppler information that we get from the target side, essentially compress the energy into smaller and smaller resolution cell sizes, and then ultimately when you're dealing with resolution cell sizes of a few meters, then essentially what you're seeing is a black and white image of a the backscatter amplitudes over that target area, and then it very much looks like a black and white picture where your resolution then becomes in order of meters, or if you have a very, very high bandwidth and then you can go even sub-meters. It's an imaging instrument, but as its source energy it uses microwave rather sunlight, which would be an optical instrument.

SPEXcast: What are some of the differences and challenges of building a SAR sensor versus an optical sensor? Remote sensing has progressed with space telescopes, but also spy satellites and commercial surface imagery for over 60 years.

Pekka: The one dominant trouble that you get with operating active instruments, meaning that you have to transmit the energy that you are going to record, is power. You can imagine that if our satellite is hundreds of kilometers above ground and then it transmits a pulse, they travel to the atmosphere, hits anything that is on ground then reflects back from it. And then again, needs to travel hundreds of kilometers back to the sensor. The ratio of transmitted to received power is very large, and this means that we need to transmit very large amounts of power from the satellite, especially dealing with a very small satellite with a small radar unit. So how do you make the power density high enough to actually allow this? It is definitely a key hardware and technical challenge, and then another one is similar in ways to an optical instrument is dealing with aperture size. In an optical sensor you're talking about the physical aperture of the optical lenses themselves. In radar instruments, you're talking about the aperture of the physical size of the antenna, which then determines how large of a gain are you going to have...so essentially, how directive your entire transmission is going to be. That's another challenge, putting a large physical aperture in a very small satellite is a paradox by itself. So this is another area which is very much a challenge. 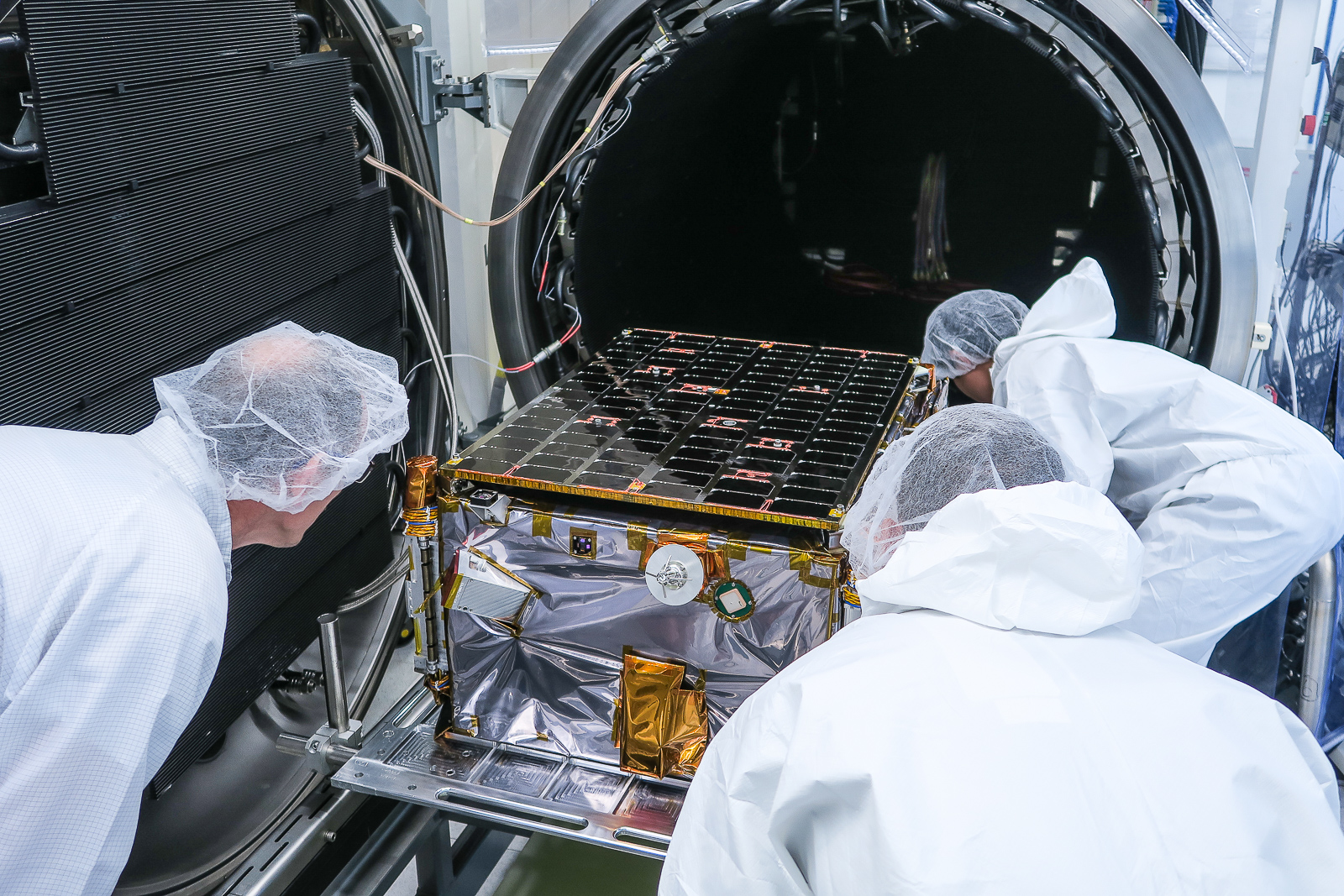 ICEYE-X1 undergoing a thermal bakeout test prior to launch. Via ICEYE

SPEXcast: It seems that many startups within and outside the space industry have found success in using “big data” and “machine learning” algorithms to their advantage. What are some of the ‘big data’ problems that ICEYE has to deal with as it continues to collect data?

Pekka: So one of the Big Data type of problems relates to just the nature of the radar data itself. There's a first customer base that really is a type of an expert customer that really knows what to do with this type of radar imagery, and has used it in the past, and it's essentially just looking for that sort of higher visits and quicker response times, to really enable operational use, and then to potentially replace some airborne monitoring and so far in this type of users delivering image data as imagery is generally fine. But then a much larger portion of the market which could benefit from the type of information that we are producing actually may not be capable of extracting that information out of just data. So this means that the robust processing pipeline for abstracting this radar data into types for target detection, so if there are ships or segmenting fields or counting cars in the parking lot or thinking of things like this, where you essentially abstract the radar data or the complex numbers into the type of inputs that then let's say business analysts could use. So this requires building quite a sophisticated processing platform that allows you to do this and it's relatively necessary, not completely to do side ourselves, but of course, with a set of partners in an ecosystem ... so it's very important to be able to do this type of abstract deliveries in order to really access the entire market that we can serve.

Check out the episode player at the top of this post for our full discussion with Pekka Laurila and subscribe on iTunes or your podcast service of choice to catch our upcoming episodes.