Fairings and Space Stations fall from the sky, while the NOAA prevents anyone from watching, this week on SPEXcast.

Subscribe on iTunes, Google Play, or by RSS for more space exploration discussions. (Recent radar images of Tiangong-1 acquired by the Fraunhofer radar in Germany weeks prior to reentry.
ESA / Fraunhofer / FHR

This week on SPEXcast we discuss the recent Iridium launch and the controversy between SpaceX and the NOAA. We also delve into StarLink updates, Blue Origin’s New Glenn, and Tiangong-1.

SpaceX's fifth launch of Iridium NEXT satellites on 3/30/2018 was anything but ordinary.

During the livestream, SpaceX usually has live camera feeds from the first and second stages. Perhaps the most famous example of this was the multi-hour stream from the FH second stage, which showed Starman drifting away from Earth on the way towards Mars. However, this camera feed was cut, with SpaceX citing new regulations from the National Oceanic and Atmospheric Administration (NOAA). This statement caused a good deal of confusion across the space industry, into exactly what rule had been violated and why it was just showing its effects now.

The story begins with the National and Commercial Space Programs Act which established a procedure in which commercial companies could be licensed to record images of the Earth's surface from orbit. The intent was to provide a regulatory framework so that remote sensing companies could comply with international law, as well as preventing unrestricted imaging of national security assets (military bases, ports, Area 51, etc). However, the NOAA had not applied this rule to the second stage video cameras of rockets until this past launch. Spacenews investigated, asking the NOAA and SpaceX for comment, and the Advisory Committee on Commercial Remote Sensing provided an opportunity to ask CRSRA about launch cameras.

According to the NOAA, they had been unaware of the prior 50 Falcon 9 flights, almost all with functioning second stage cameras. SpaceX approached NOAA four days before the launch and was able to get a provisional license, however one that did not allow for live streaming video from orbit.

At the time, many saw this new application of the National and Commercial Space Programs act, as an overreach. Concerns have been raised at the rate at which the CRSRA can approve licenses for launch.

"Samira Patel, an analyst with the Aerospace Corporation supporting CRSRA, said that in 2015 the average review time for a license application was 210 days, with only 1 of 15 applications completed within the 120-day time limit established in federal law. In 2016, that decreased to an average of 140 days, with 5 of 12 applications reviewed within 120 days."

"Last year, Patel said the office completed reviews of license applications on an average of 91 days. Only 2 of 16 applications took more than 120 days, she said, “and that was only by a few days. - Via Spacenews"

As launch companies like SpaceX aim for launches every two weeks, and small launcher companies like Vector aim even higher, anticipating hundreds of launches per year, does it make sense to require this kind of licensing process? Second stage cameras are usually not equipped with telescopic optics, and therefore have poor resolving power of ground features. The stream is also relatively low resolution, 1080p video or less with compression artifacts. Its hard to make a case that this video footage presents a national security concern, or even commercial value for remote sensing. However, rocket are an increasing popular spectator sport, and continuous video coverage helps drive public interest in commercial spaceflight. The CRS-14 mission from Cape Canaveral drew a crowd so large it filled up almost all the usual viewing locations and caused a large amount of traffic.

A guard told me @ExploreSpaceKSC lot is full, yet thousands are stranded on road, barely moving, no guidance, no traffic support, moms and children getting out of cars and walking on side of road in the heat. Sad!

There has been an effort to declassify second stage cameras from requiring licensing. The American Space Commerce Free Enterprise Act proposed last year would add a provision for waiving the requirement for cameras that are not the main purpose of the satellite. This joins the general sentiment of reforming U.S. space policy when it comes to commercial space activities. The second meeting of the National Space Council was primarily focused on regulatory reform.

Iridium-5 also saw another attempt to land a fairing on a recovery ship out at sea. Investigators on NSF discovered that the guided parafoil system used by SpaceX to steer the fairing is most likely provided by a company called MMIST.

More information on the fairing recovery system was also released after recording. As found on Reddit, including statistics on the parachute system.

The environmental impact report for dragon landings in the Gulf of Mexico mentions fairing recovery and provides new details. The system includes a drogue chute, which is useful for slowing down the fairing and ensuring a stable orientation at high speeds. Once the fairing is at a lower altitude in denser air, the parafoil can deploy and provide active guidance. 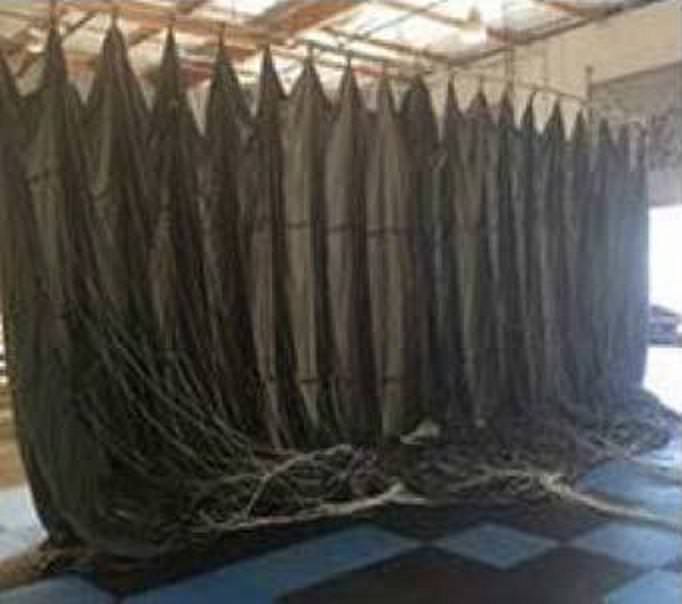 The parafoil is a form of inflatable wing, where airflow fills semi-closed fabric structures, creating a ridgid wing surface during flight. 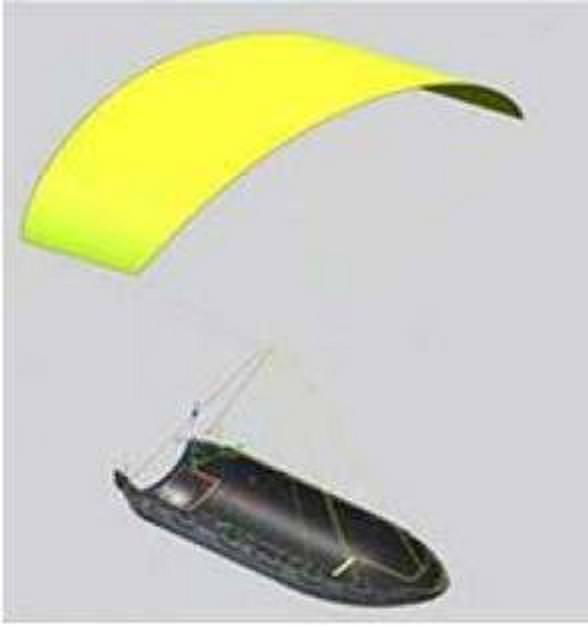 This rendering show the fairing in flight with a fully deployed parafoil.

The report also estimates the rate at which SpaceX plans to recover fairings.

Recovering and eventually reusing fairings on 240 missions could provide savings of close to $1.5 billion ($6 million per fairing pair). As flight rates increase across the industry, fairing reuse becomes an interesting opportunity to save significant sums of money.

Lastly, Elon provided some insight on the result of the fairing recovery attempt on Iridium-5.

Hopefully, actual video coming soon. Aiming to improve the link quality so it can be real-time.

SpaceX's fairing recovery development program has been following a somewhat similar path to their booster reuse program. By using paying flights, they are able to generate revenue, even if the test is a failure. With helicopter drop tests and real-time video coming in the near future, it will be exciting to watch the program finally find success over the coming months.

On the show, we talked about Project Blackjack, a government program to leverage commercial satellites to provide more capability and increased survivability to military satellite services. Mega-constellations like StarLink could use a part of their capacity to serve government needs. This would mean satellite communications networks would be much harder to disrupt and destroy in the event of a conflict, since hundreds or thousands of satellite interceptors would be needed to destroy enough satellites to disable the constellation. Commercial operators also have the production capacity to rapidly replace and replenish these constellations, in comparison to the slow procurement process of DoD satellites, which could span years.

Blue Origin announced that it would no longer be using a BE-4 engine optimized for vacuum use as the powerplant of New Glenn's second stage. Instead it will be using a BE-3 optimized for vacuum, a derivative of the first stage engine used for New Shephard. The switch brings up several questions, which we discuss in the show, but it will be interesting to see how New Glenn evolve as it it inches closer to first flight. When originally announced, BO proposed a 2-stage and 3-stage variant, with the 3-stage vehicle using a hydrolox third stage powered by BE-3. We also saw two fairing variants, and BO recently standardized on a single, larger fairing.

We discuss the Tiangong-1 re-entry on the show, as well as the difficulties of predicting uncontrolled atmospheric re-entry of large objects. We recorded several days before the impact, but the final re-entry was on April 2nd at 00:16 Universal Time, over the South Pacific.