This carbon fiber mandrel will be used to build the first prototype flying sometime next year.

Last night on Instagram, Elon Musk unveiled a sneak peek at the development of the Big Fucking/(Falcon) Rocket. In an Instagram post titled 'SpaceX main body tool for the BFR interplanetary spaceship', Elon shared a picture of a massive metal cylinder inside a tent structure, with a silver Model 3 to scale. While the sheer size of the tool is impressive, what it represents is even more exciting.

What is the Big Fucking/(Falcon) Spaceship

At IAC 2017, Elon Musk unveiled his new design for an interplanetary transport architecture. The Interplanetary Transport System was replaced by the Big Fucking Rocket and Big Fucking Spaceship. With three Sea-Level and four vacuum-optimized Raptor engines, the 48m long and 9m wide spacecraft would be capable of propulsively landing humans on Mars. 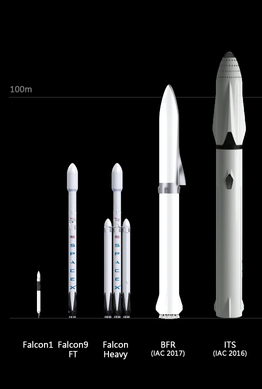 BFR scaled down the original proposal to something that could be self-funded by SpaceX. Key design features like Methalox fuel, raptor engines, and composite tanks remained roughly the same.

In a Post-IAC 2017 AMA on Reddit, Elon mentioned that the BFS would begin testing by "doing short hops of a few hundred kilometers altitude and lateral distance." He reiterated this plan after the Falcon Heavy launch and said these tests could occur as early as 2019.

Musk: If we get lucky we will do short hopper flights of the spaceship part of BFR next year.

In order to keep to that timeline, manufacturing of the first test BFS needs to happen quickly, and this tool is a key part of that.

So what is it?

The device in the picture appears to be a jig or mandrel for layering carbon-fiber into large composite structures.

The tool shown by Elon might be used in a very similar way to the jig used by Boeing to make composite fuselages for its 787 aircraft.

Specifically, it appears to be about the correct length for the main fuel tanks of the BFS. In cutaway renderings, you can see a long cylindrical tank with a common bulkhead separating the liquid methane and liquid oxygen fuels. The engines and fins are mounted to the bottom the tank, and the tapered crew cabin is attached to the front of the vehicle. 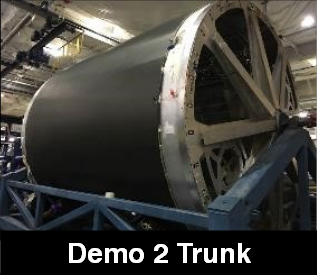 SpaceX already uses similar jigs to build carbon composite structures for Falcon 9 and Dragon. This image shows the tool used to make the trunk of the Dragon spacecraft. Shared by u/paolozamparutti

After the image was posted online, many began to speculate where the tool might be stored, and where it came from. SpaceX recently proposed leasing a berth at the Port of Los Angeles as its new home for BFR production. The plan is to ship large composite pieces to the Port of LA and then combine them together with engines, avionics, and other items produced at SpaceX's main factory in Hawthorne, CA. While there are SpaceX employees actively at the site, it is unlikely that the large device is stored there. 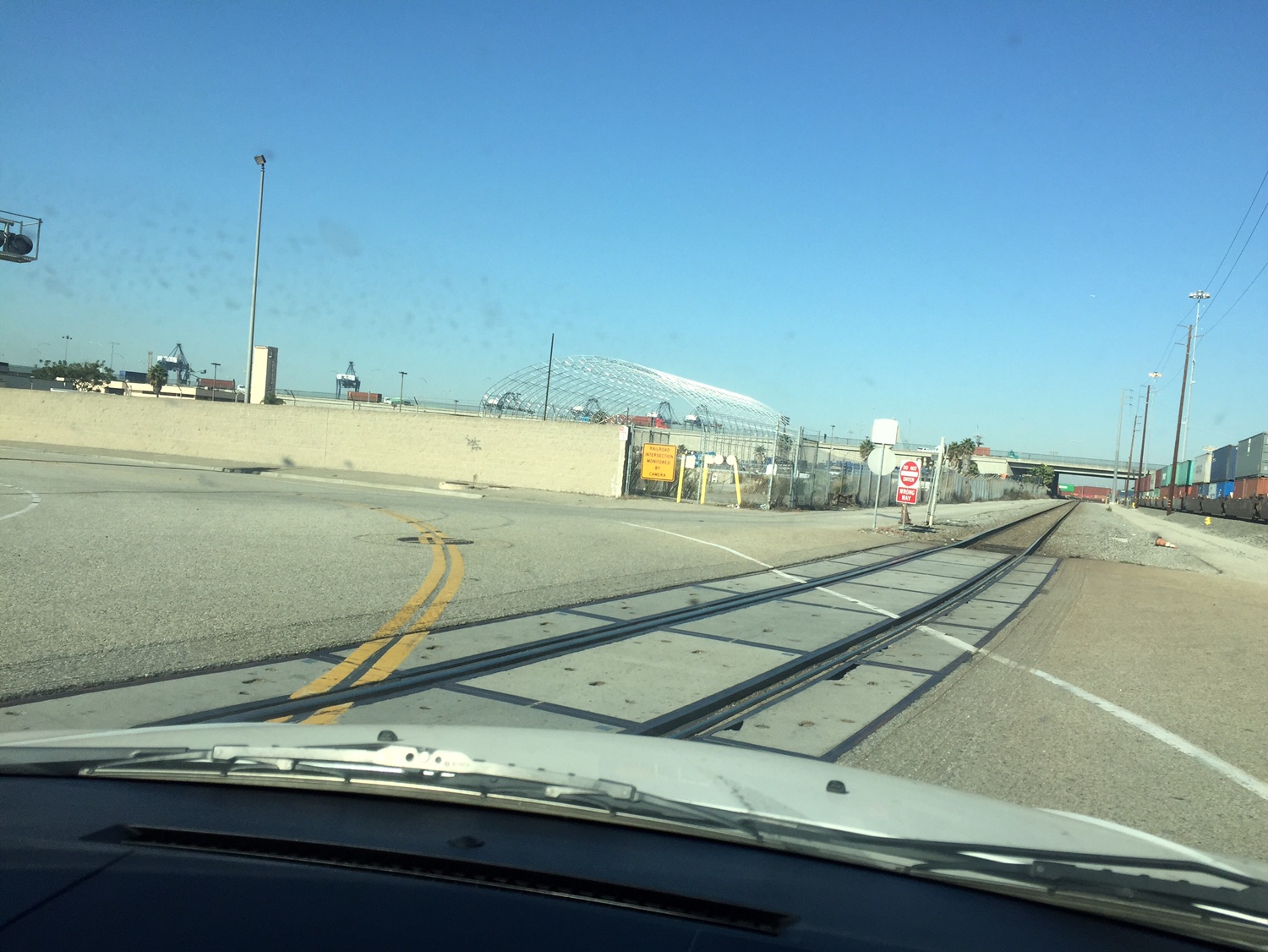 SpaceX was constructing a tent-like structure at the Port of LA as early as December 2017, via NASASpaceflight.com moderator D_Dom. (NSF /u/D_Dom)

This tent in Anacortes, Washington is the right size and shape to hold the tooling piece. Its also in Washington State, where the first tank was manufactured. You can check out detailed images in the formal permit.

Despite this, we just don't know exactly where it could be. SpaceX has locations across the U.S. and both the Port of LA and Anacortes locations have easy water access, and the tooling could have been moved relatively discreetly.

We've seen small launcher companies invest in carbon-composite structures for their new launch vehicles. These rockets have been relatively small, and as of right now, not designed for reusability. Building large composite cryogenic tanks has historically doomed rocket development programs.

At IAC 2016, Elon Musk had unveiled a test composite tank for the ITS spaceship. With a diameter of 12m, it was a huge statement to the credibility of SpaceX's Mars plans. Built in secret by Janicki Industries in Washington State, the tank was used for a series of cryogenic pressurization tests. Eventually, SpaceX tested the tank to its failure point, resulting in a rather epic explosion at sea.

The destructive test followed the validation that composite cryogenic tanks could be manufactured at the scale needed for a huge Mars rocket.

While BFR scaled down the diameter of the tanks from 12m to 9m, the technology demonstrator still proved that composite tanks could be done at scale. Most rockets use metallic tanks to hold the vast quantities of fuel required to lift payloads into orbit. SpaceX's Falcon 9 use Aluminum-Lithium alloys for the tank walls, with a metal stringer system to add rigidity to the tanks. Saving mass is incredibly important on rockets, and the Falcon 9's tank walls are proportionally thinner than the walls of an aluminum soda can. Carbon-composites allow for light tanks that are still strong enough to support the weight and forces of a rocket launch.

SpaceX entered a deal in 2016 with Toray Industries to provides massive amounts of carbon fiber for its rockets over the coming years. It is likely this jig will be used to produce many BFS tank segments, and even larger jigs may be used to fabricate the massive tanks for the BFR booster.

Why is this tooling is a big deal? It's just tooling right?

As mentioned before, images like this show real, tangible progress on the first rocket capable of sending humans to Mars. The Space Launch System (SLS) is years away from flying, and recently NASA's Journey to Mars has been abandonded as NASA focuses once again on the Moon with the Lunar Orbital Platform Gateway. Even if NASA shifted focus back to Mars, Orion and SLS are not the only vehicles needed to send a person to Mars. A lander would be required, and no development programs have been started, despite Lockheed Martin hinting at an Orion-derived lander last year at IAC. NASA-led Mars plans are 20-30 years away, as they have always been since Apollo led people to the Moon. SpaceX's BFR proposal offers hope that we could see humans headed towards the red planet as early as 2024 or 2026. Progress on the first BFS test article is a significant stepping stone on the path towards making humans a multiplanetary species.

You can view the full IAC 2017 presentation below