Rockets took to the post-war New Mexican desert, paving the way to space.

Since 2017, undergraduate engineers have been making an annual pilgrimage to the New Mexico desert for the Spaceport America Cup at the first purpose-built commercial spaceport, Spaceport America. We'll have more coverage of the SA Cup and Intercollegiate Rocket Engineering Competition (IREC) during the week.

But just over the mountains that are the backdop to the the Spaceport America Cup lies White Sands Missile Range. At 3,200 sq mi (8,300 sq km) White Sands is the largest military installation in the US with roots back to WWII V2 rocket tests, development of the Nike missile, and even the site of the Trinity test of the first atomic bomb lies within WSMR. The range began as the White Sands Proving Ground for the US Army in 1945 as a place to do long range testing of reproduced V-2 rockets from Nazi Germany. Eventually the area grew to be White Sands Missile Range as we know it today, used by the US Army, Navy, Air Force, and NASA. 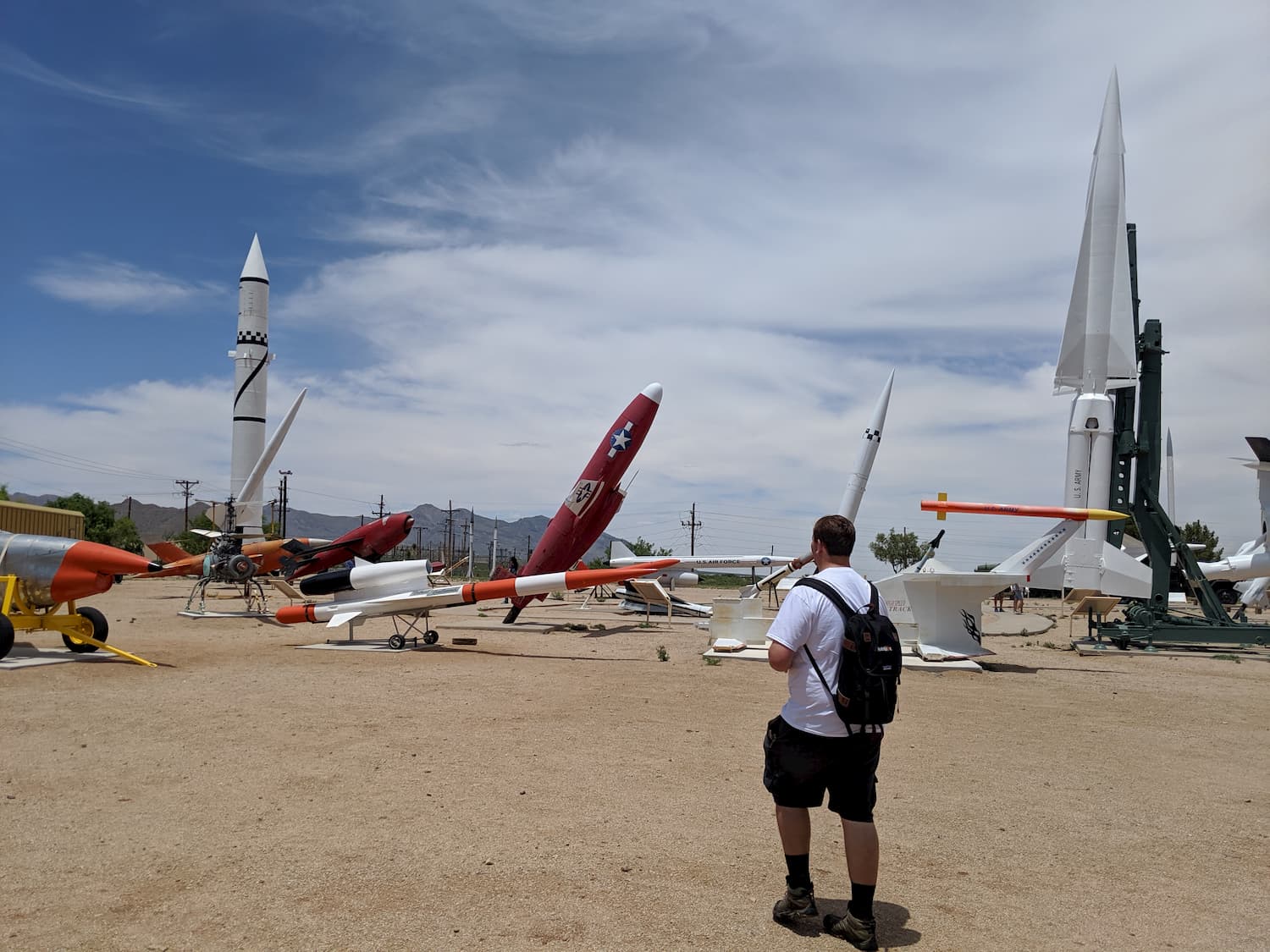 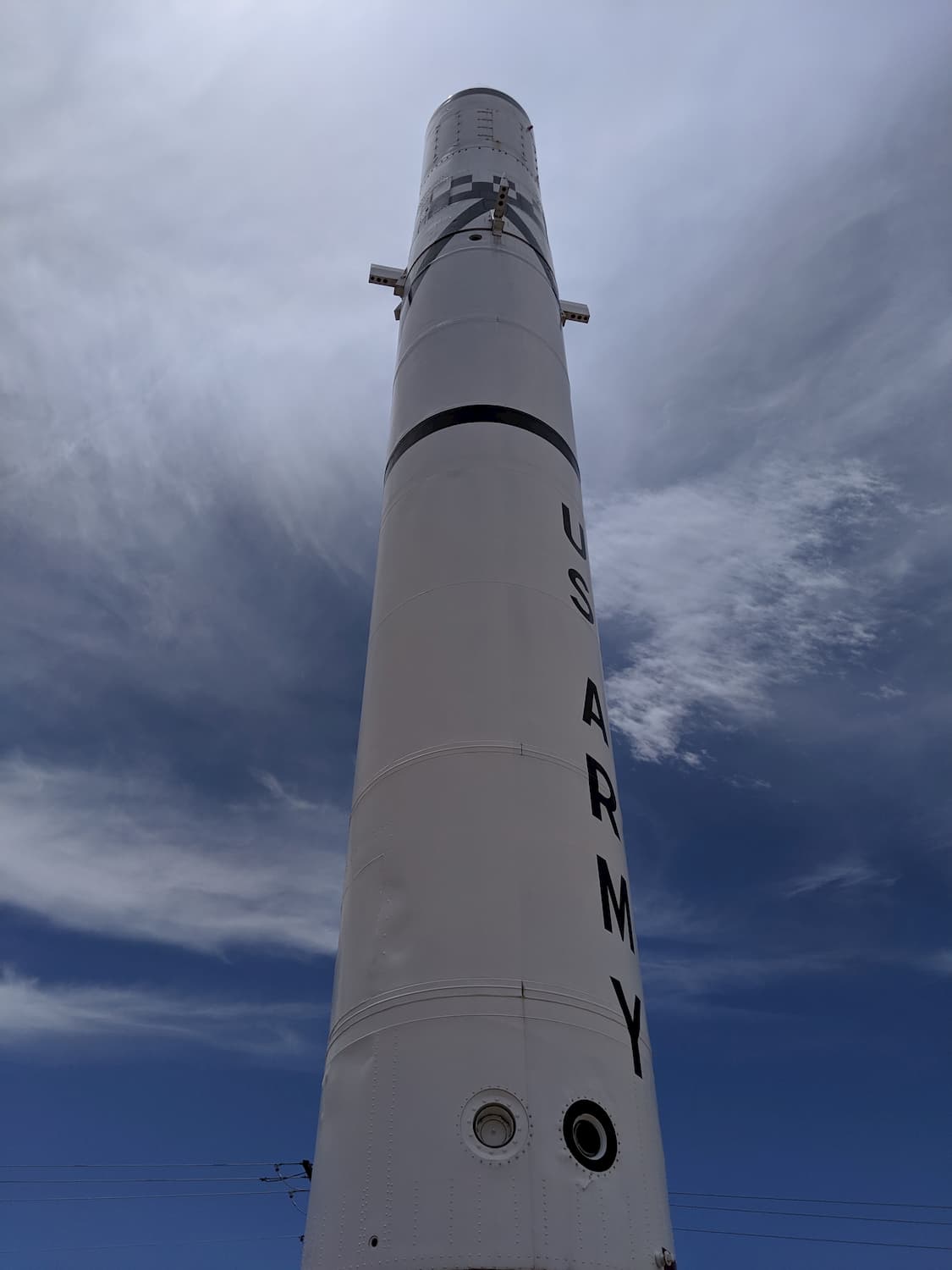 Designed by Werner Von Braun humself, the Redstone ICBM was the spiritual successor to the V-2. The booster was also used to launch America's first orbiting satellite and was later modified for NASA's Mercury program, taking Alan Shepard to space in 1961. 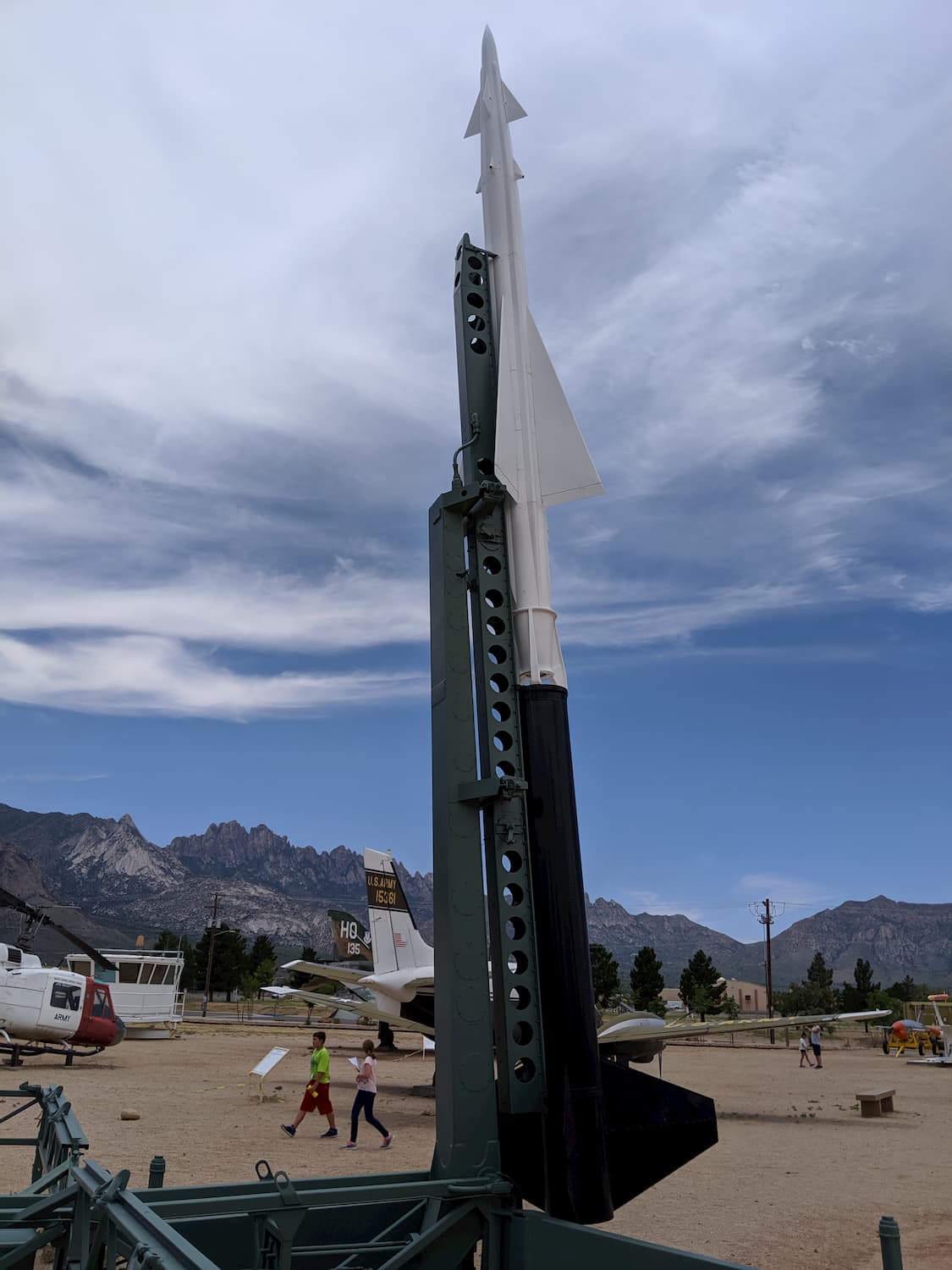 Nike Ajax was the first guided anti-aircraft missile in the US arsenal. First fired in 1946, the Nike Ajax is the predecessor to the more powerful Nike Hercules. 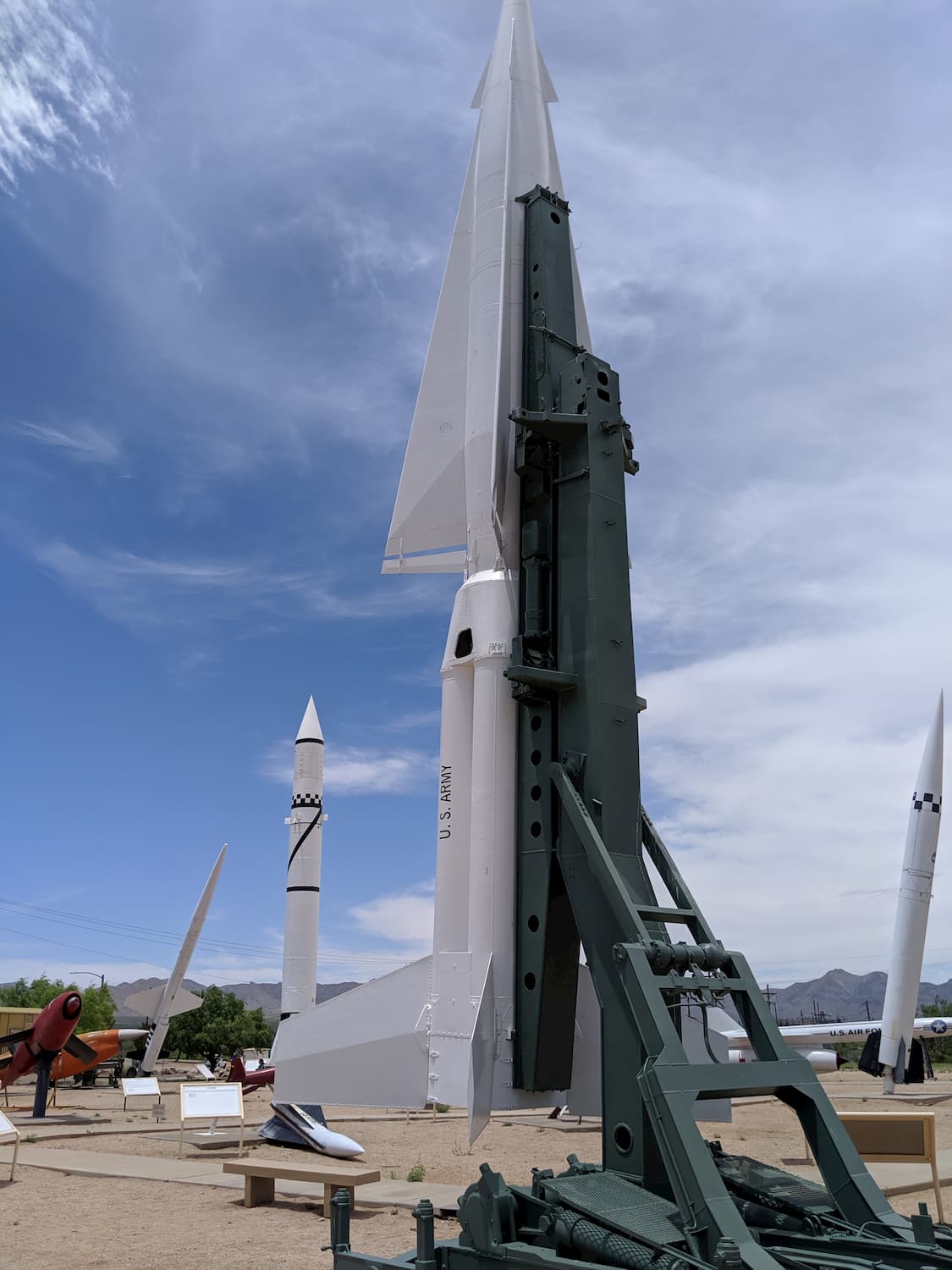 Nike Hercules is the second generation Nike missile. Its booster is four copies of the Nike Ajax booseter strapped together, and the missile was capable of carrying a nuclear warhead to blow whole formations of bombers out of the sky. 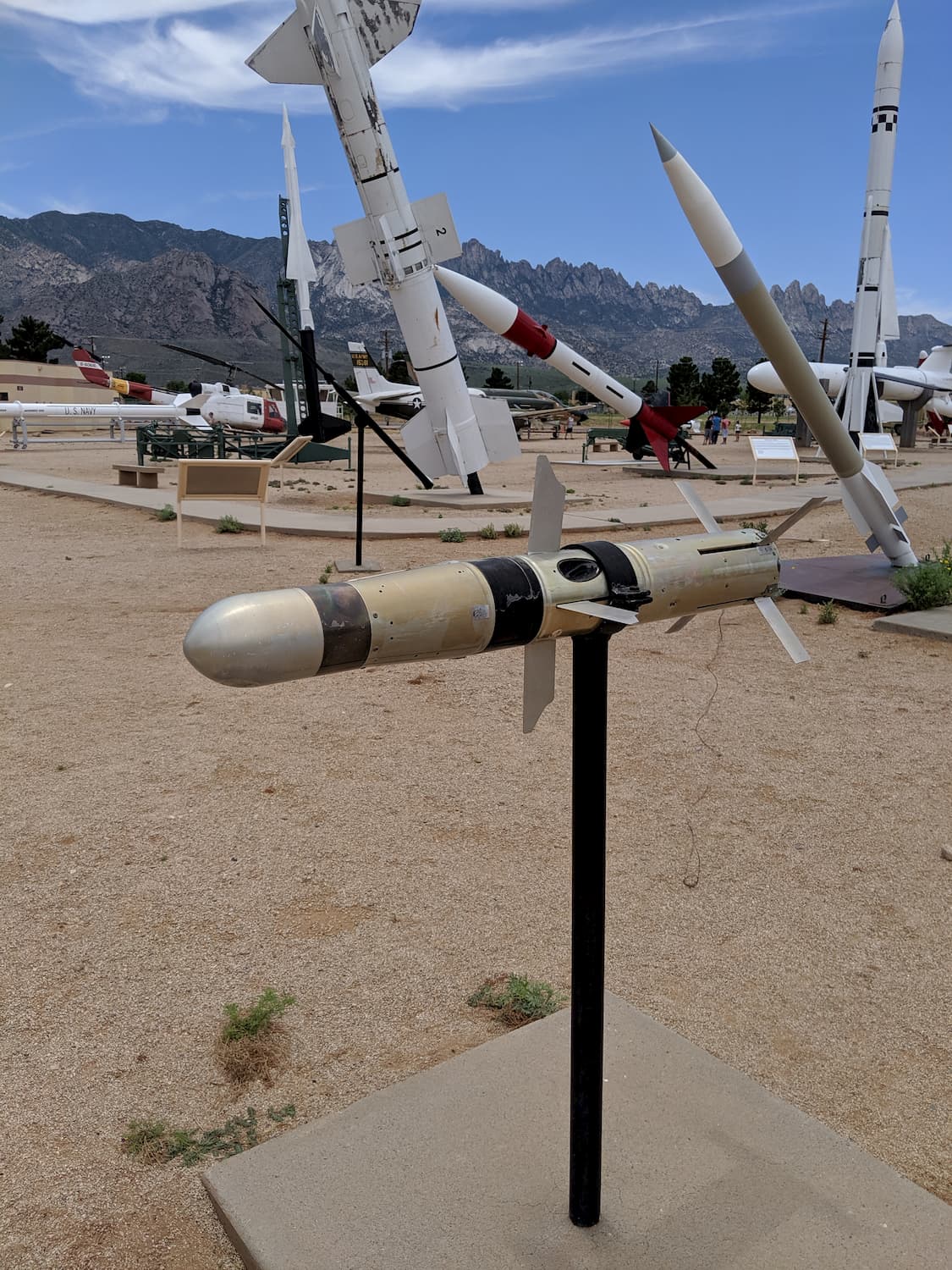 This the TOW (Tube-launched, Optically tracked, Wire guided) missile. When this anti-tank missile was launched, it stayed connected and controlled by the gunner over a wire that unspooled as it flew to its target. 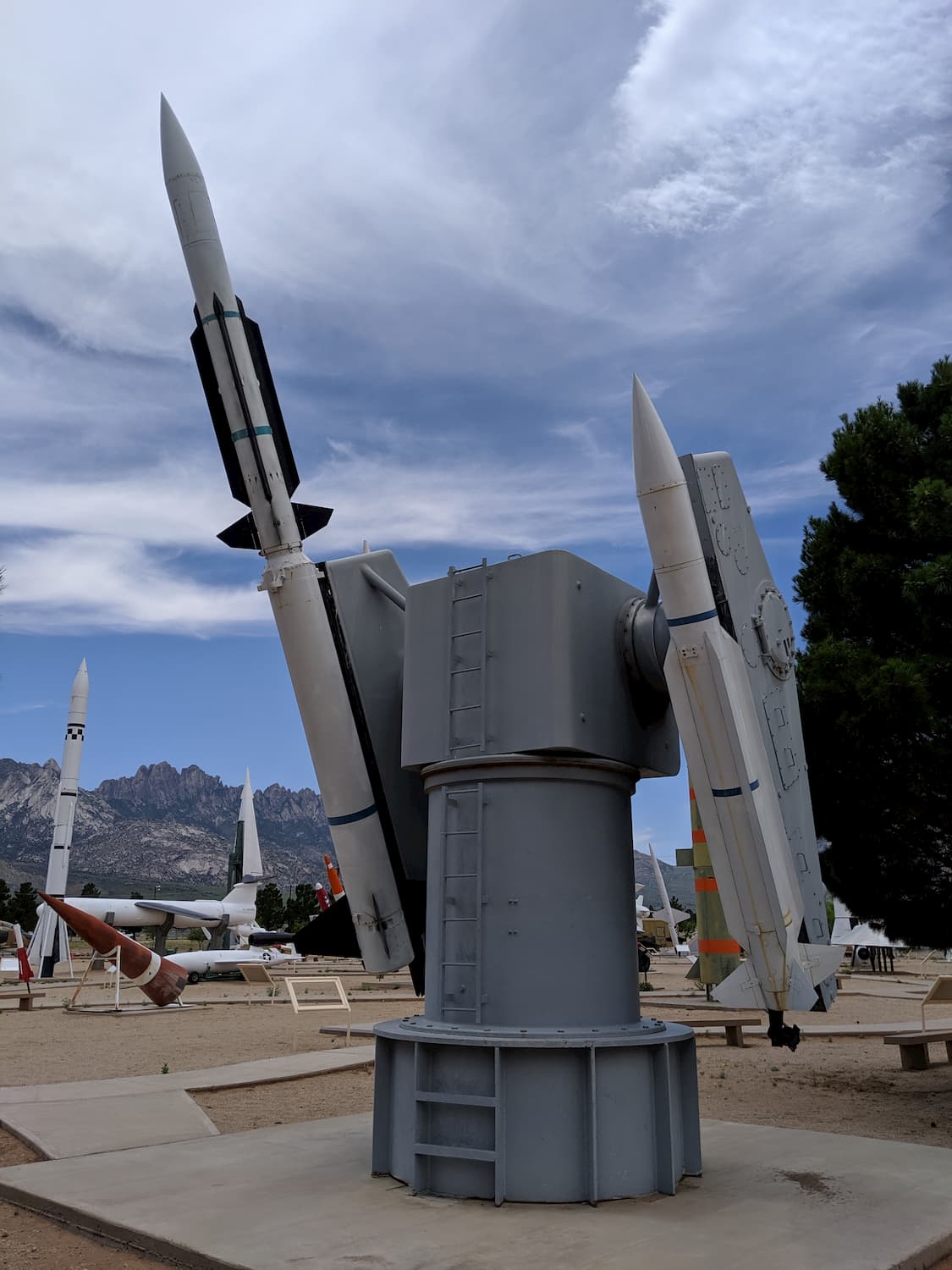 Out in White Sands Missile Range lies the Desert Ship, an installation used to test naval ship weapons out on the range. Here we have a MK 5 Guided Missile Launcher, last used on the Desert Ship in 1997. 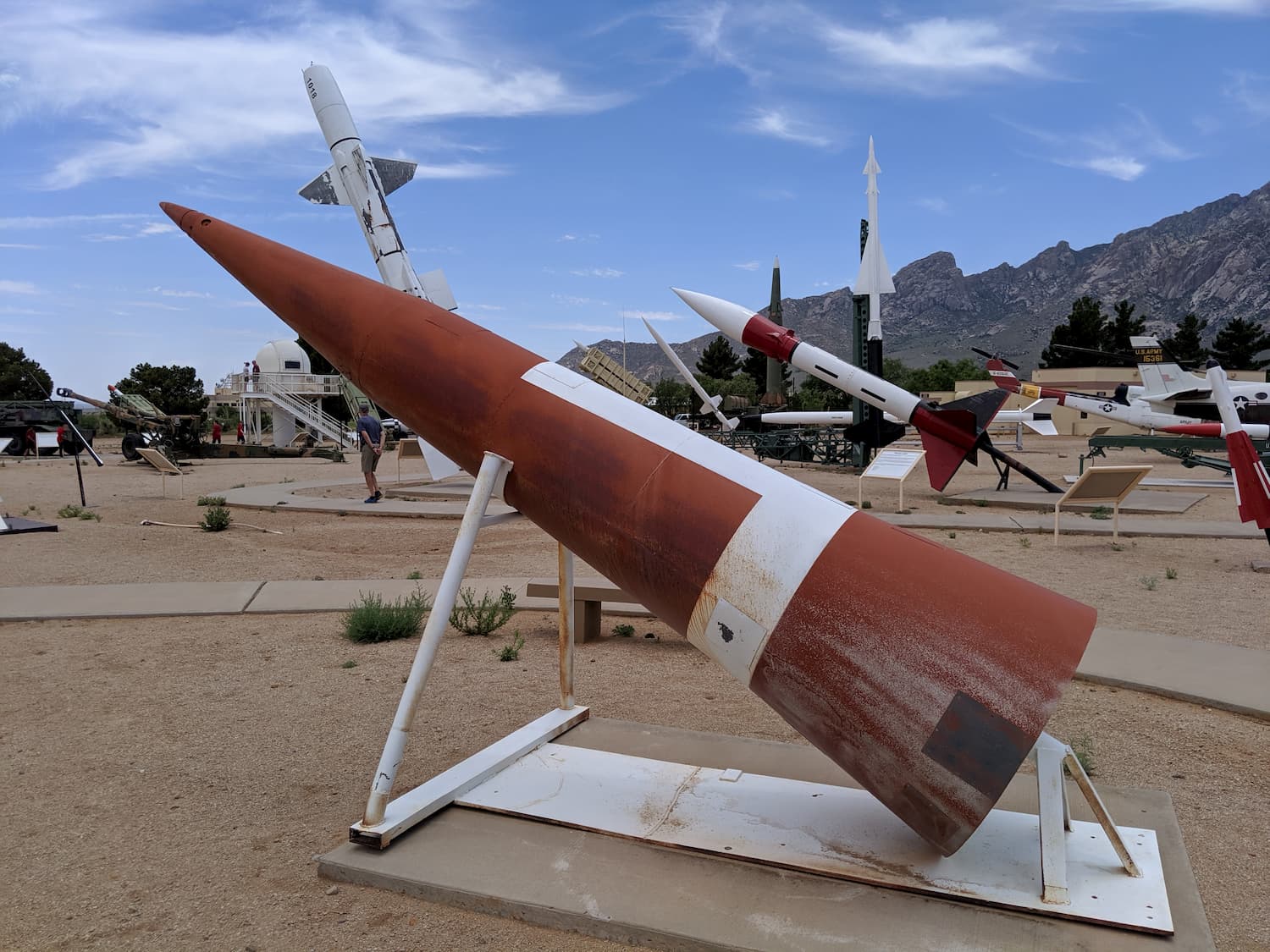 The High Impulse Booster Experiment (HIBEX) is a conical rocket designed for research into high speed missiles. HIBEX accelerated to Mach 8 in under 2 seconds, experiencing 400g. 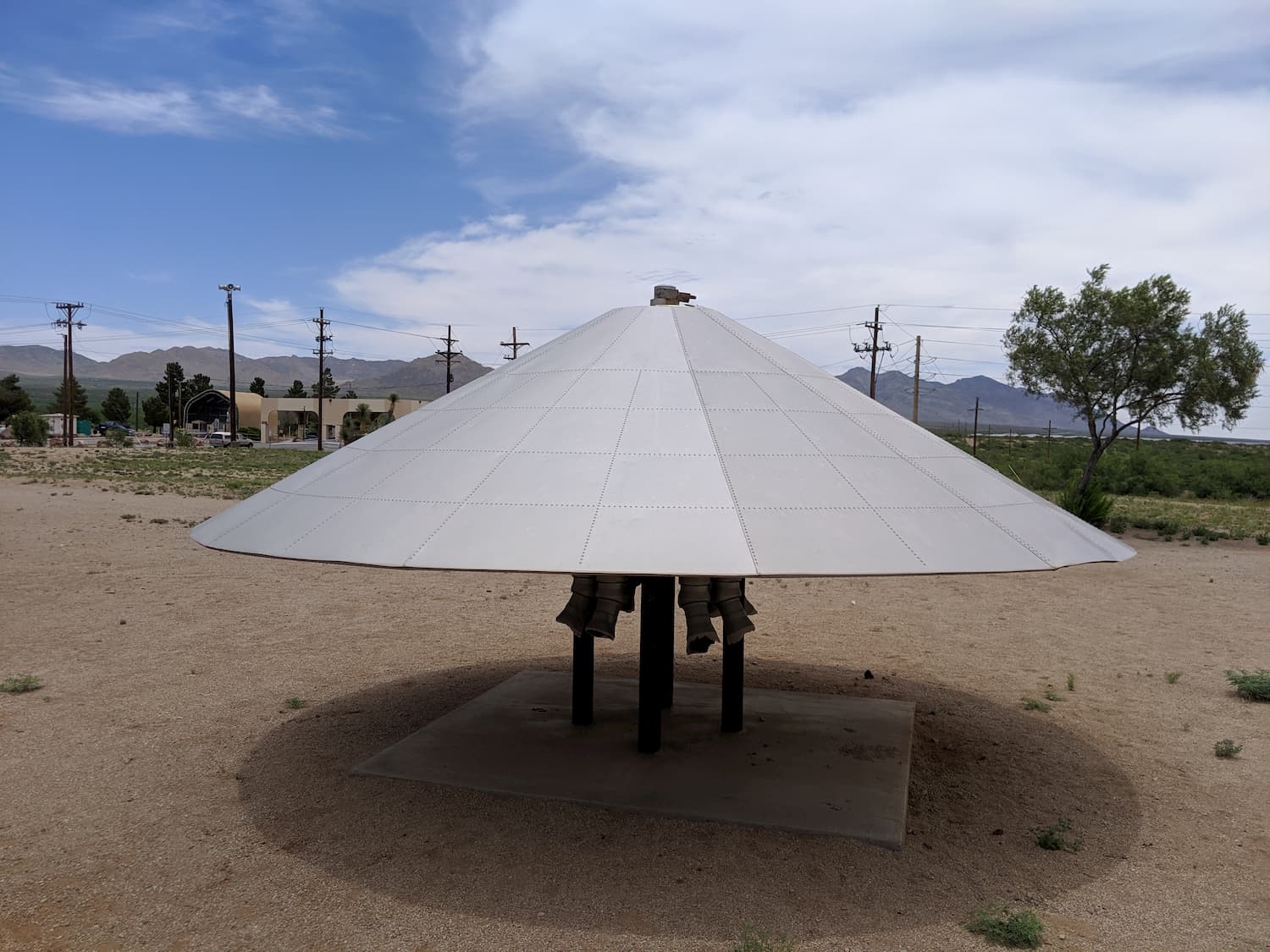 For the Viking Mars lander entry vehicle and heat shield, NASA scientists developed a vehicle to test the aeroshell on Earth. In 1972 the vehicle was carried up to 120,000 feet in altitude by balloon, then it boosted through the thin upper atmosphere. 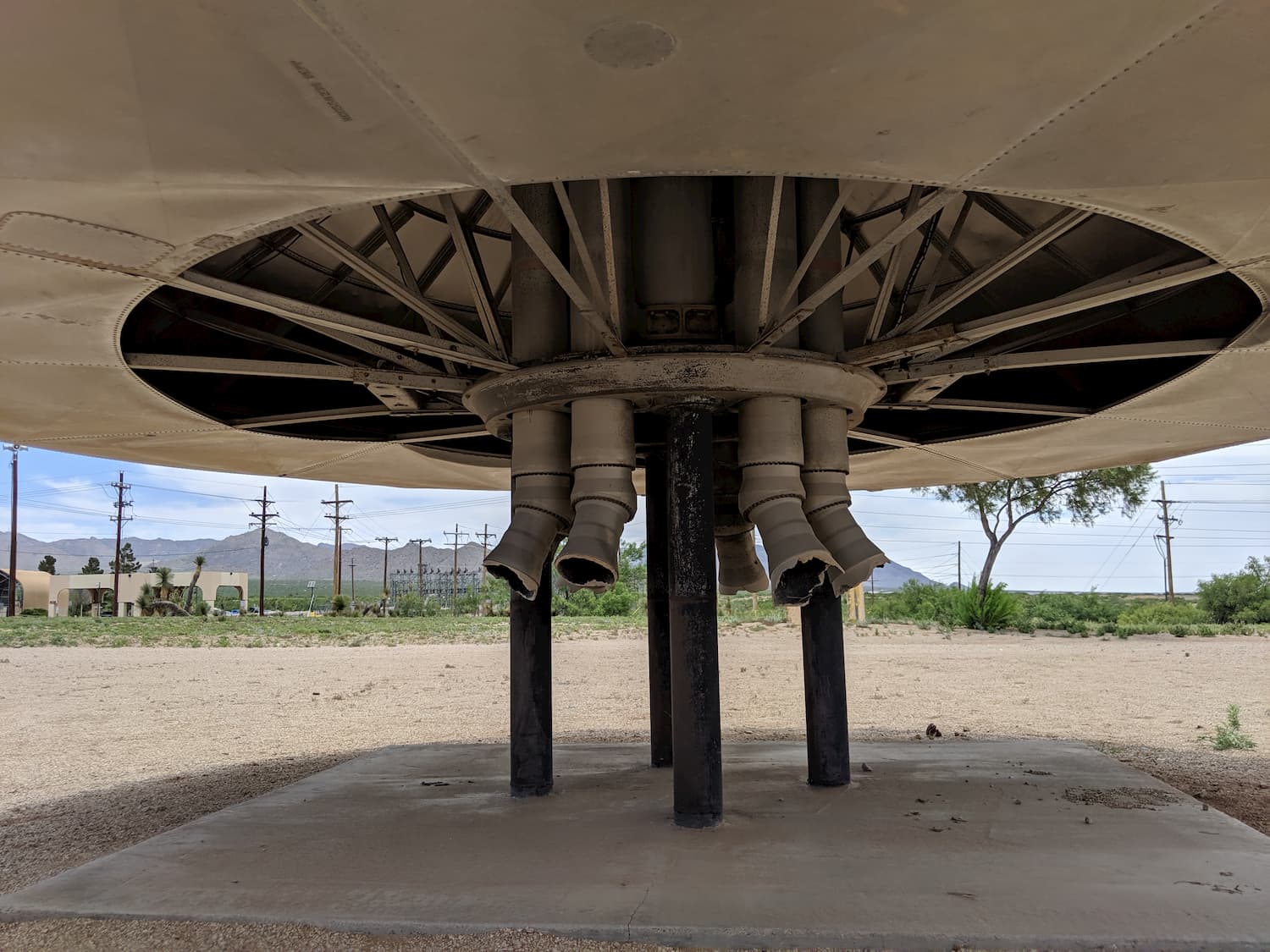 In order for the Viking aeroshell test vehicle to provide a proper test, the vehicle had rocket boosters to accelerate it to Mach 1.2 in an upward arc to an apogee of 135,000 feet in order to simulate entry into the Martian atmosphere. Near the top of the arc, a parachute was deployed. 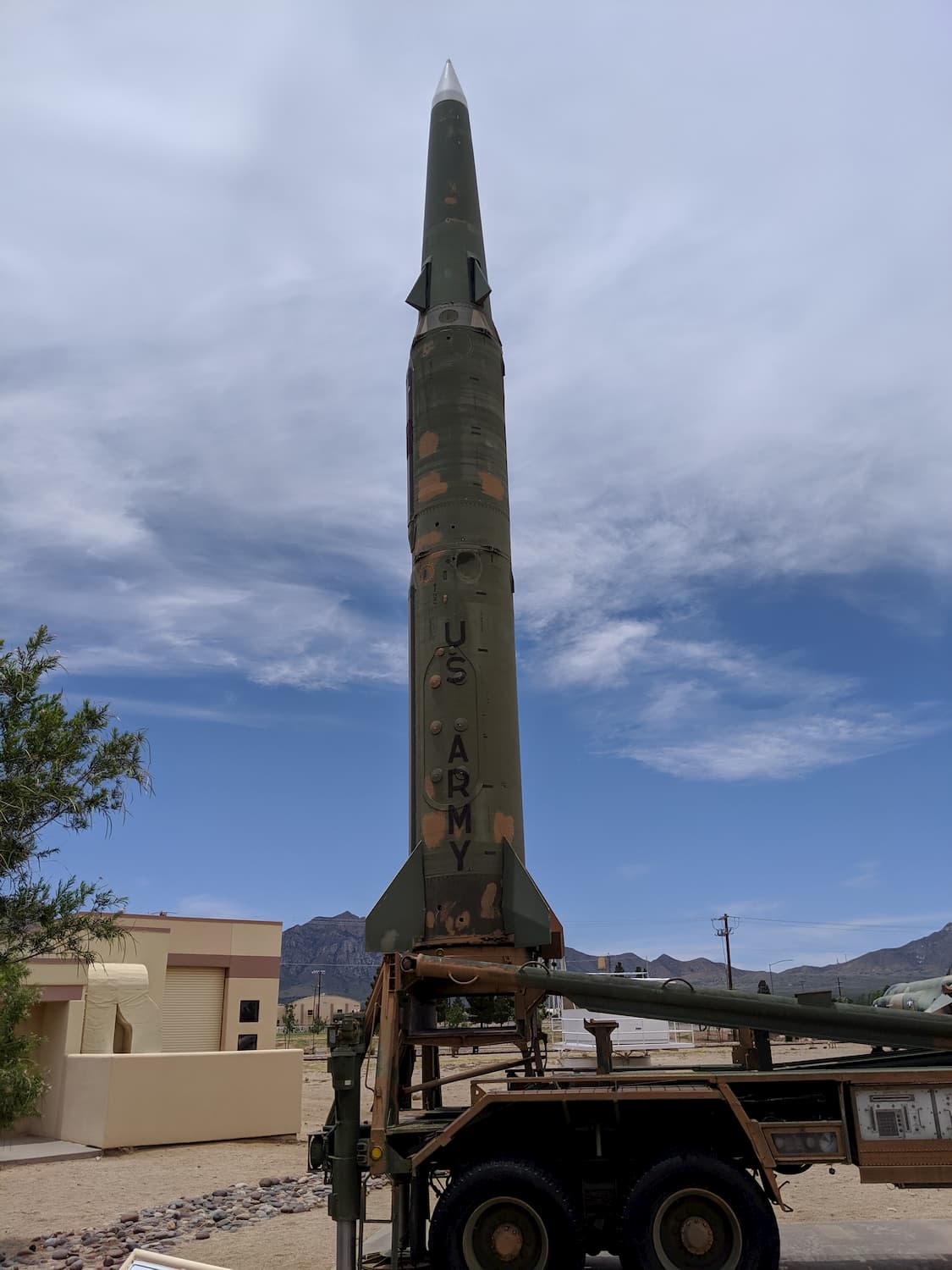 Pershing II is a two-stage solid fuel ICBM first fired in 1982. According to the placard, "It was so accurate it was capable of being fired from Boise, Idaho and hitting an area the size of this missile display." Deployment of this missile was stopped by the INF Treaty. 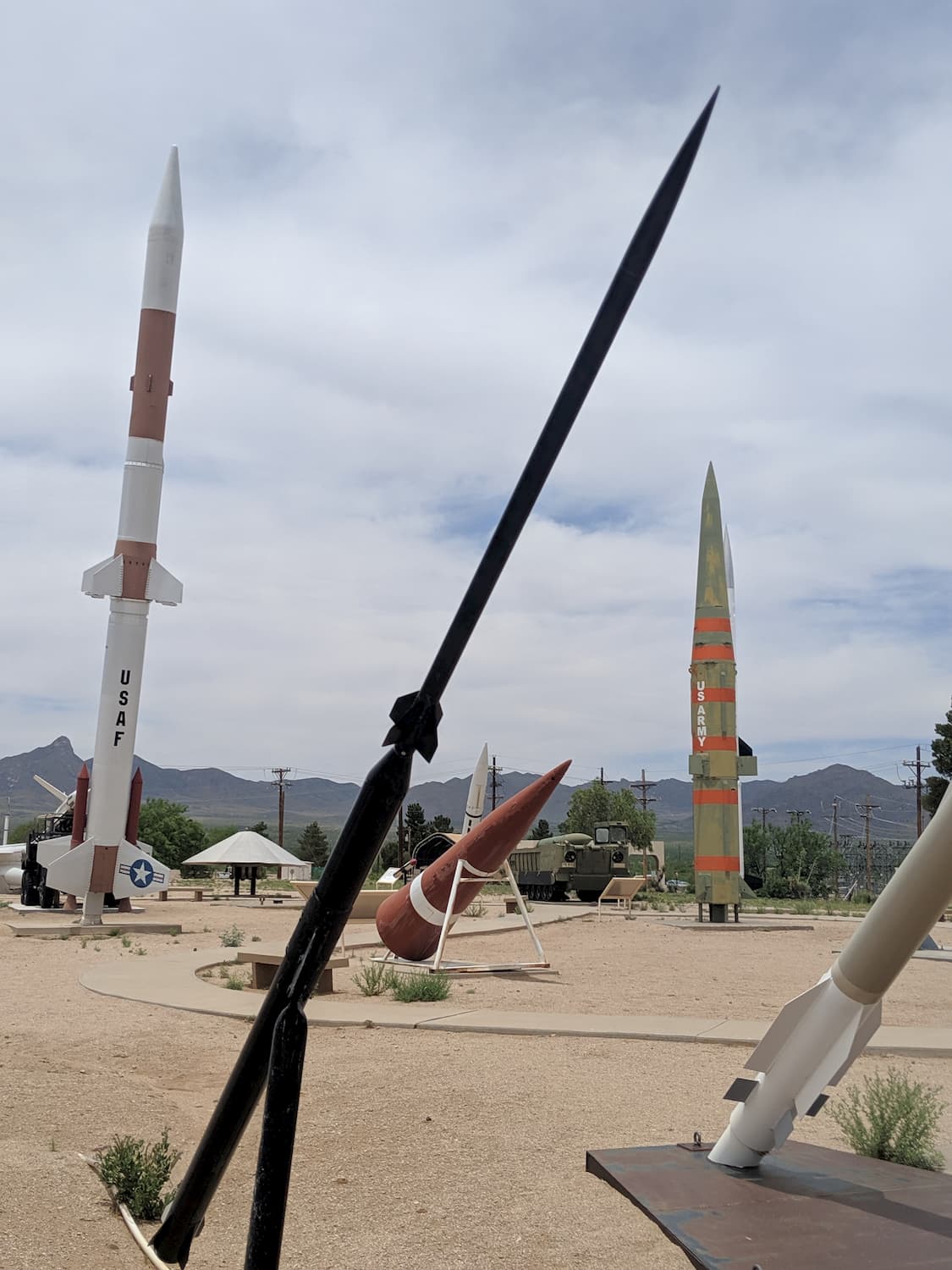 Pictured above is the Loki booster with the Dart rocket upper stage, another research workhorse. This 3-inch solid rocket had meteorological instruments and even weather balloons packed in the nose. It had a max altitude of 53 miles (just under 280,000 ft). We might see student rockets resembling Loki-Dart in the 30,000 ft or 100,000 ft classes at Spaceport America this week. 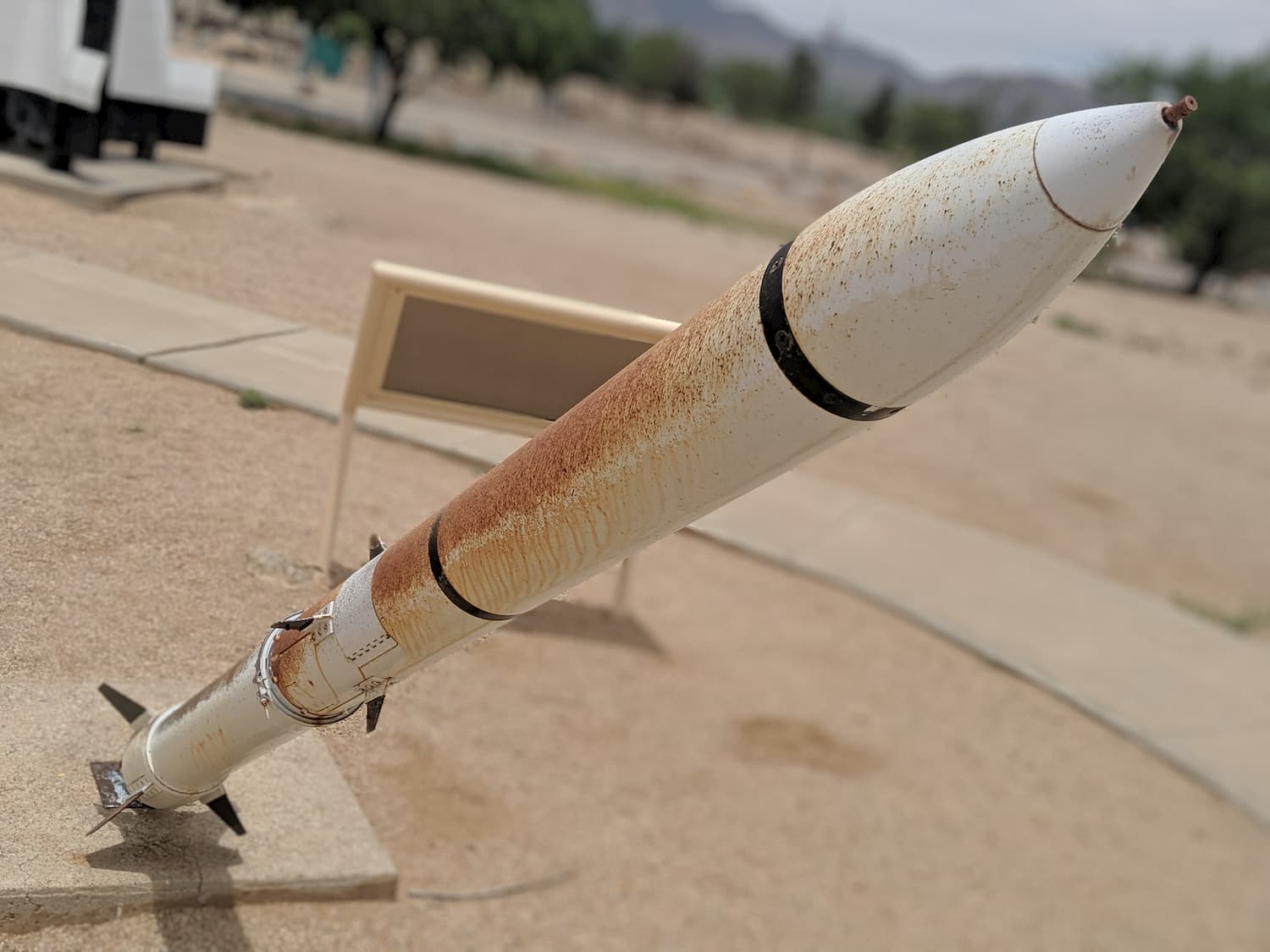 The Shavetail is a solid-propelled unguided rocket and was used as a research vehicle. In the 1950s, different fuselage shapes, fin configurations, and propulsion systems were experimented with using this platform. This rocket is basically the same platform as the student-built rockets we will see at Spaceport America this week. 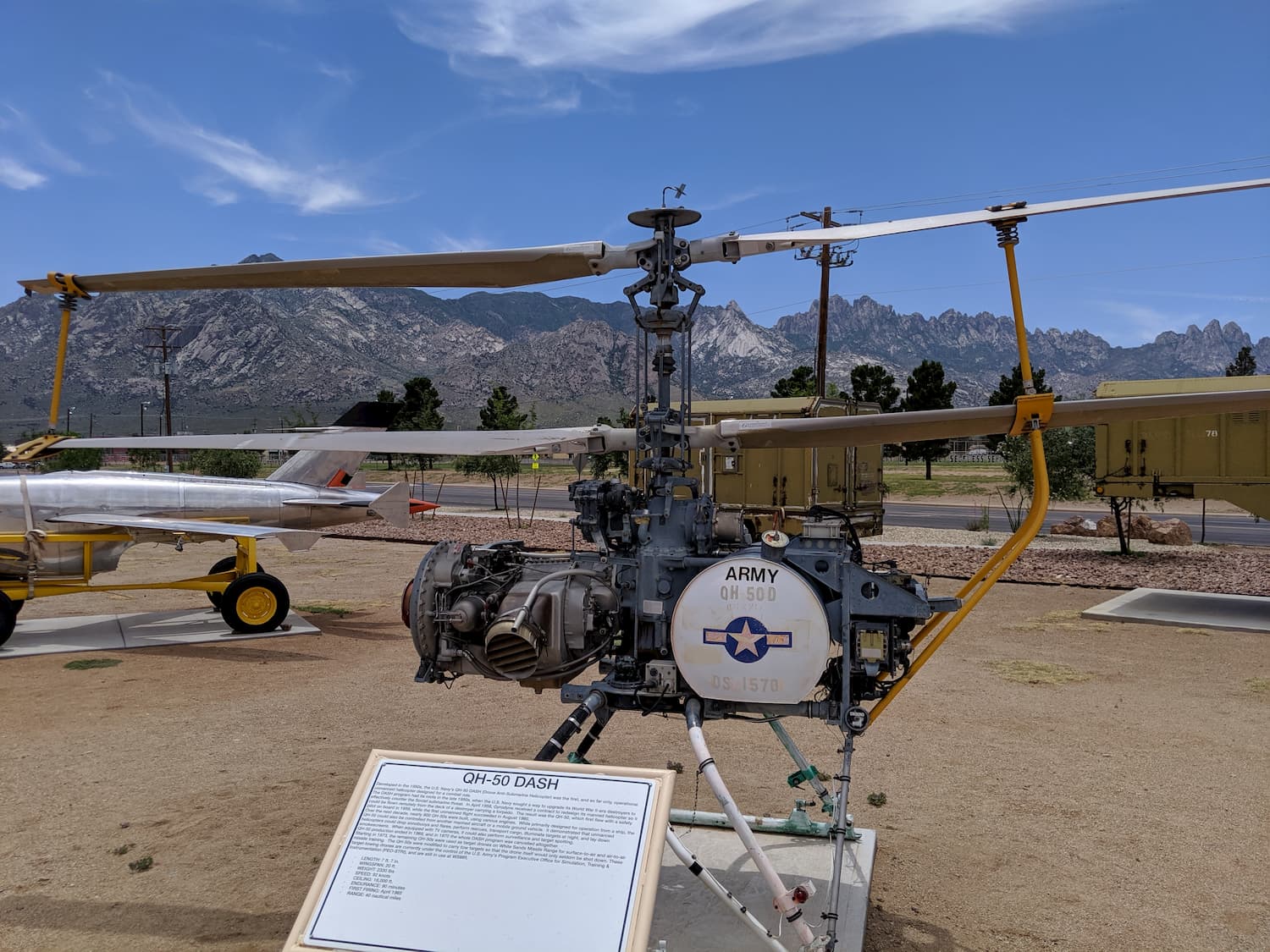 The QH-50 is a remote-controlled helicopter developed by the US Navy all the way back in the 1950s. The vehicle is basically just the power plant of a helicopter with remotely controlled actuators. Although the program was cancelled in 1970, these drones are still flying today towing targets for training at WSMR. 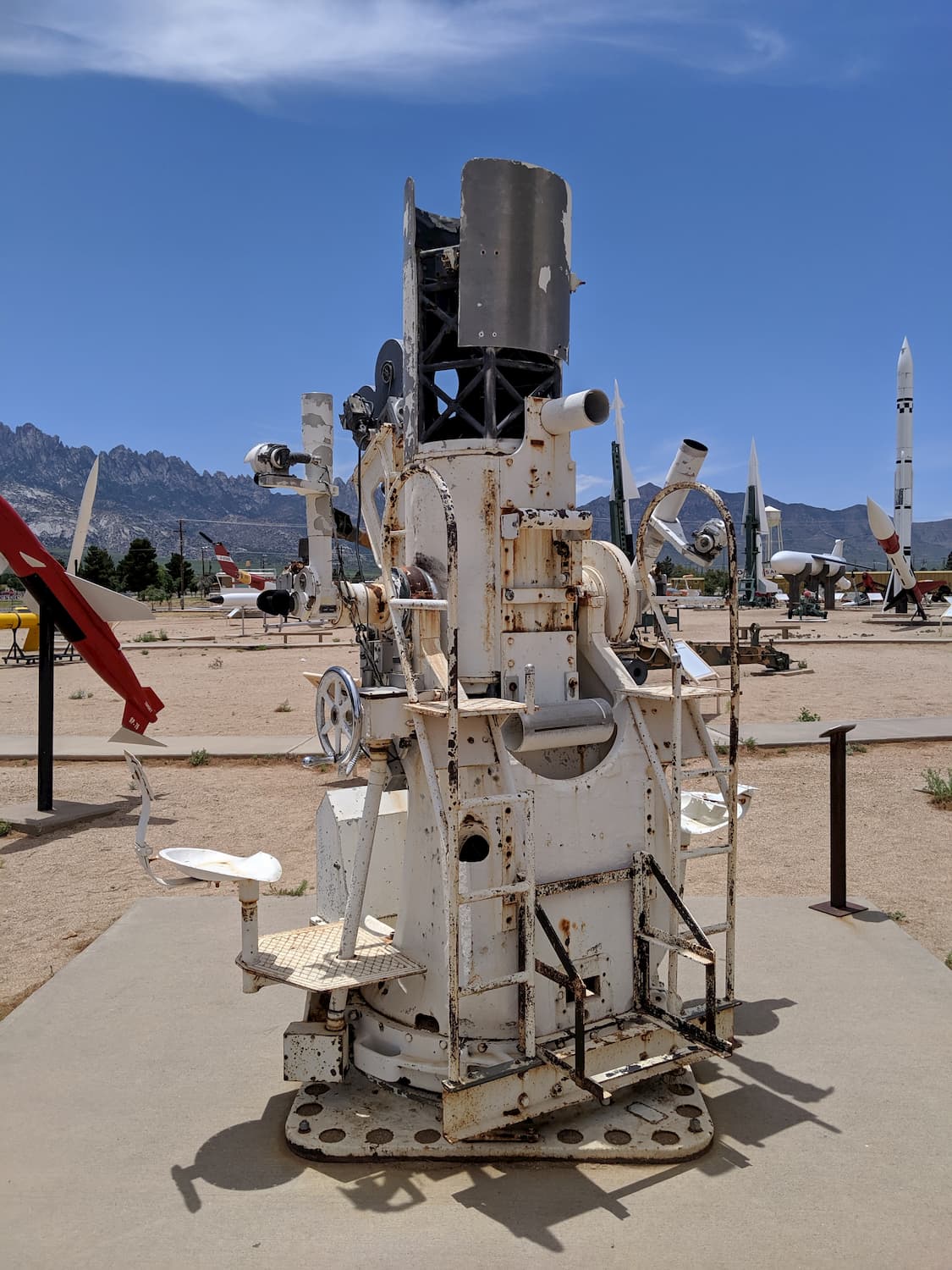 IGOR, the Intercept Ground Optical Recorder, is a telescope and high speed 35mm film camera used to track and record missile tests from 1951 through 1965. The camera and telescope are installed in a U.S. Navy 5-inch/25 Mark 19 Navy gun mount with two operators sitting at opposite sides.

Past the White Sands National monument is the town of Alamogordo, home of the New Mexico Space History Museum. The museum housed a ton of artifacts from the history of the American space program, and had a rocket garden of its own. 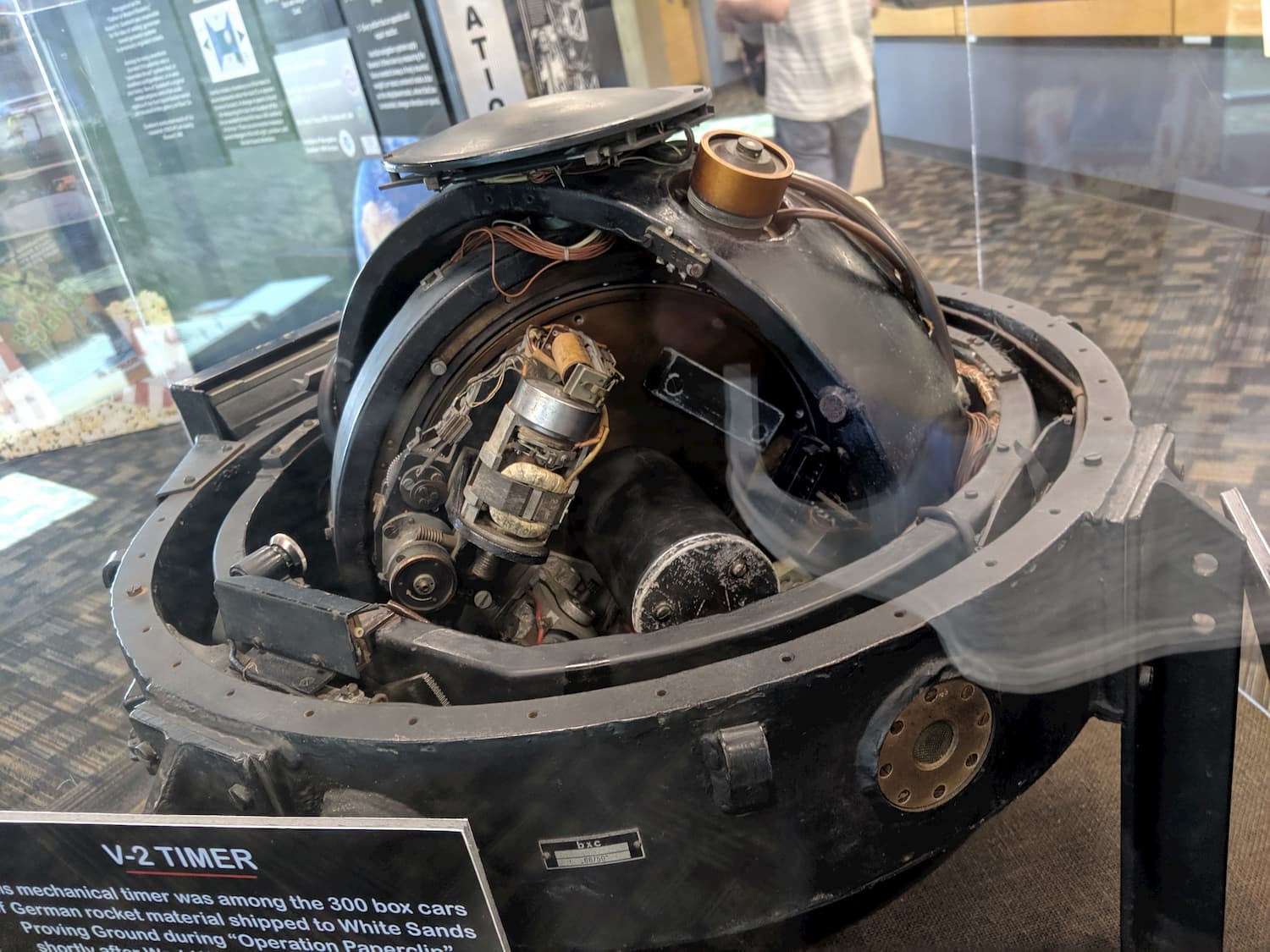 The German V-2 rocket was at the birth of WSMR. Pictured above is a V-2 mechanical timer, which used gyroscopes and accelerometers to program the rocket to pitch that a specific angle at engine shutdown. 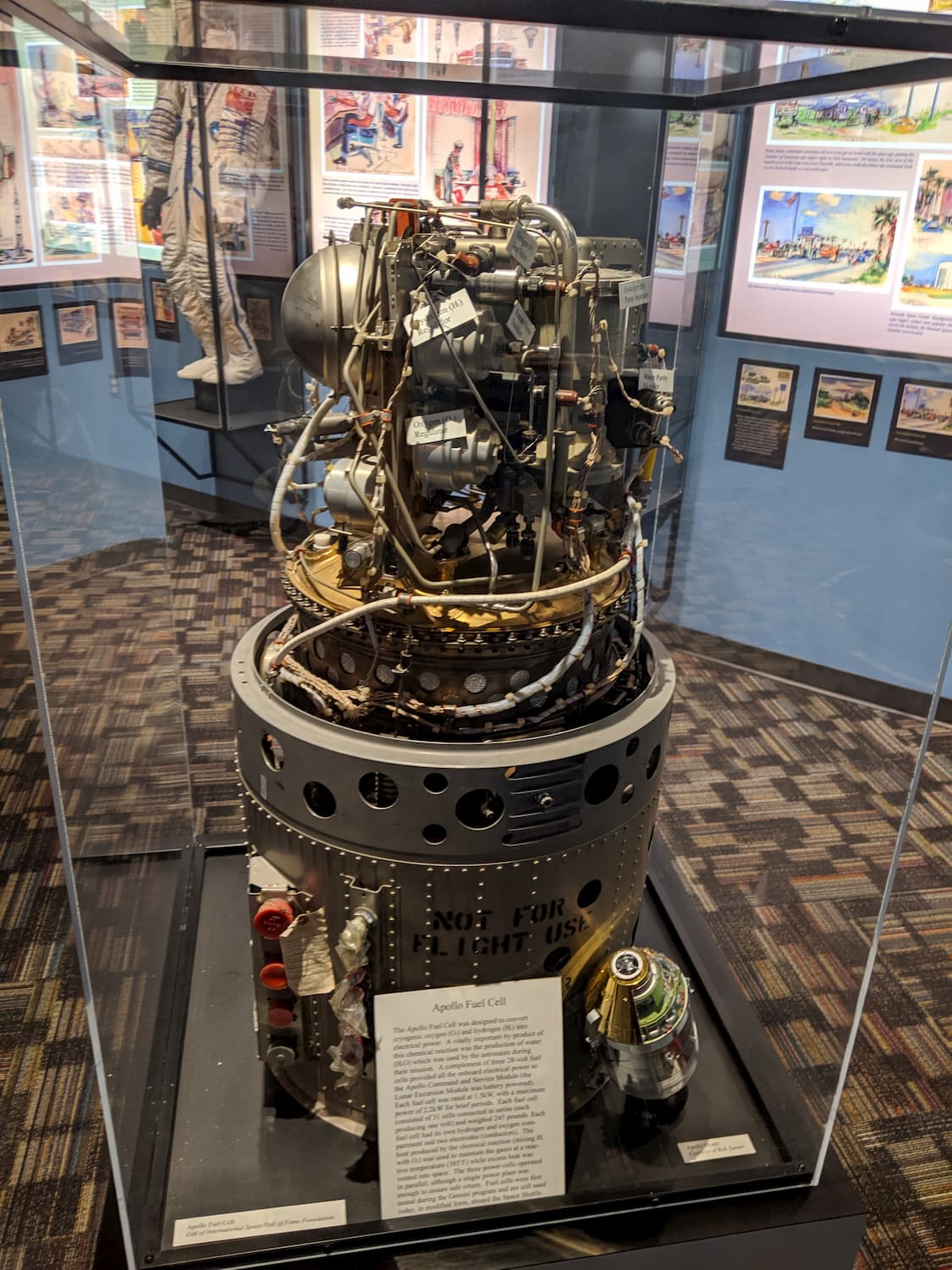 The Apollo Command Module's primary source of power came from three fuel cells like the one pictured here. Each cell produced power by combining hydrogen and oxygen into water, which was then used for drinking by the crew. According to the Smithsonian, normal output power is 563-1420W with a max of 2300W. 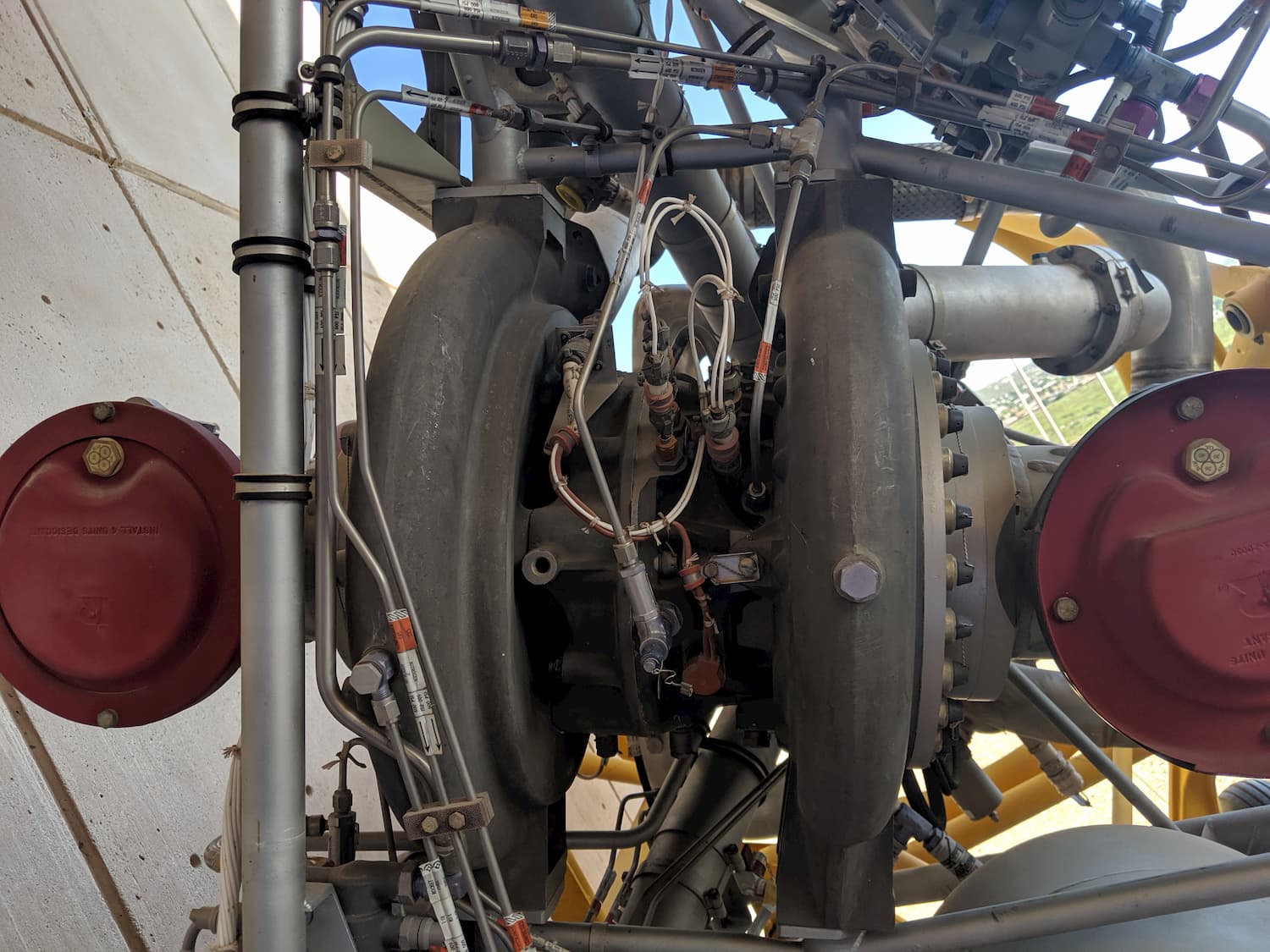 At the NM Space History Museum you can get up close and personal with rocket parts like nowhere else. Pictured above is the business end the Thor rocket's powerpack. 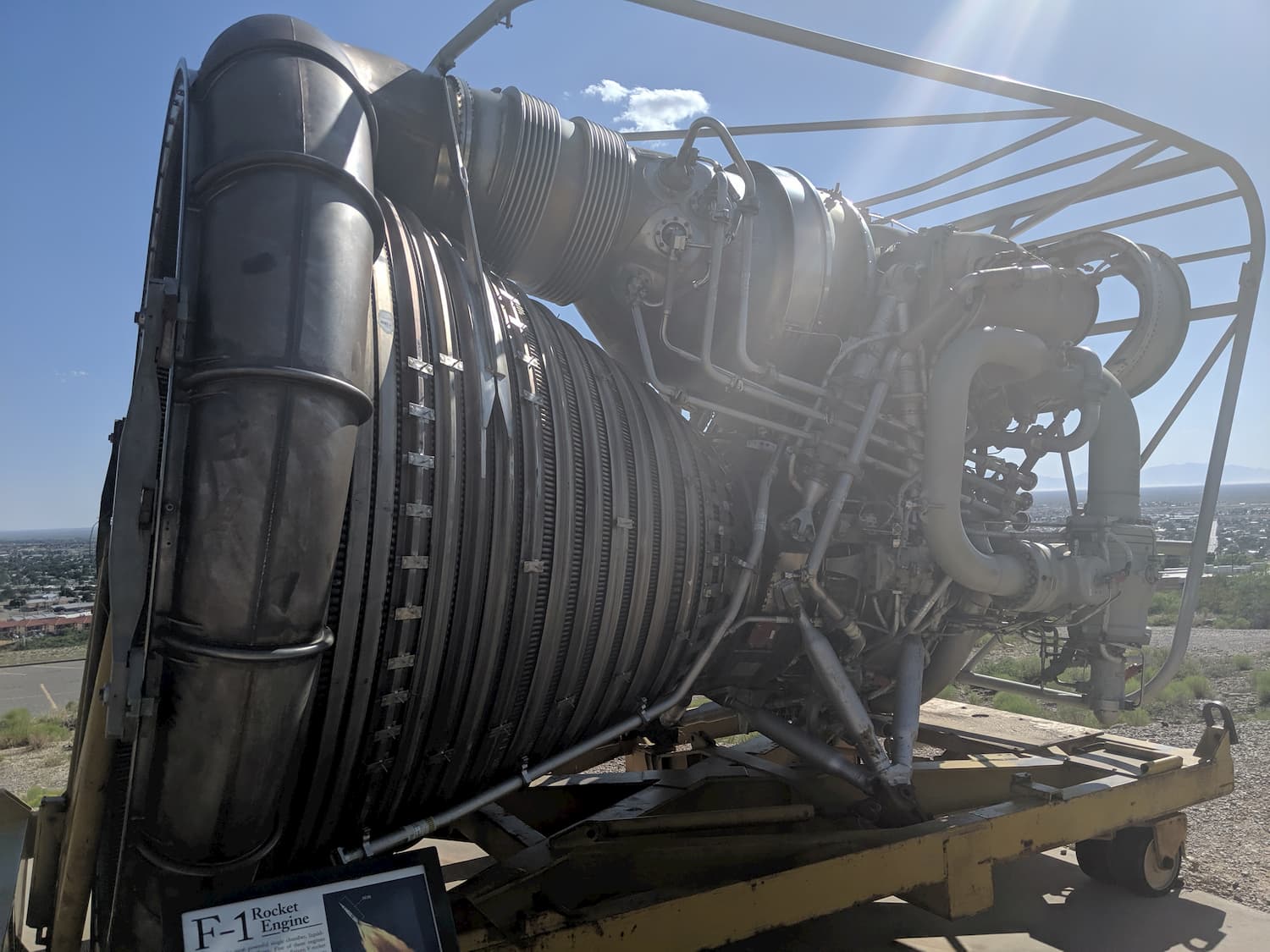 The F-1 engine is a marvel of human engineering. Five of these massive engines powered the Saturn V booster. The gas generator alone is larger than some entire rocket engines, and the whole thing is nearly twice as big as my car.

Between WSMR and Alamogordo lies the gypsum dunes of White Sands National Monument.

Geological forces brought ancient sea beds to the surface with the mountains, then glaciers and erosion deposited it all in the basin. The gypsum sand retains water and is not as easily blown away by the wind. 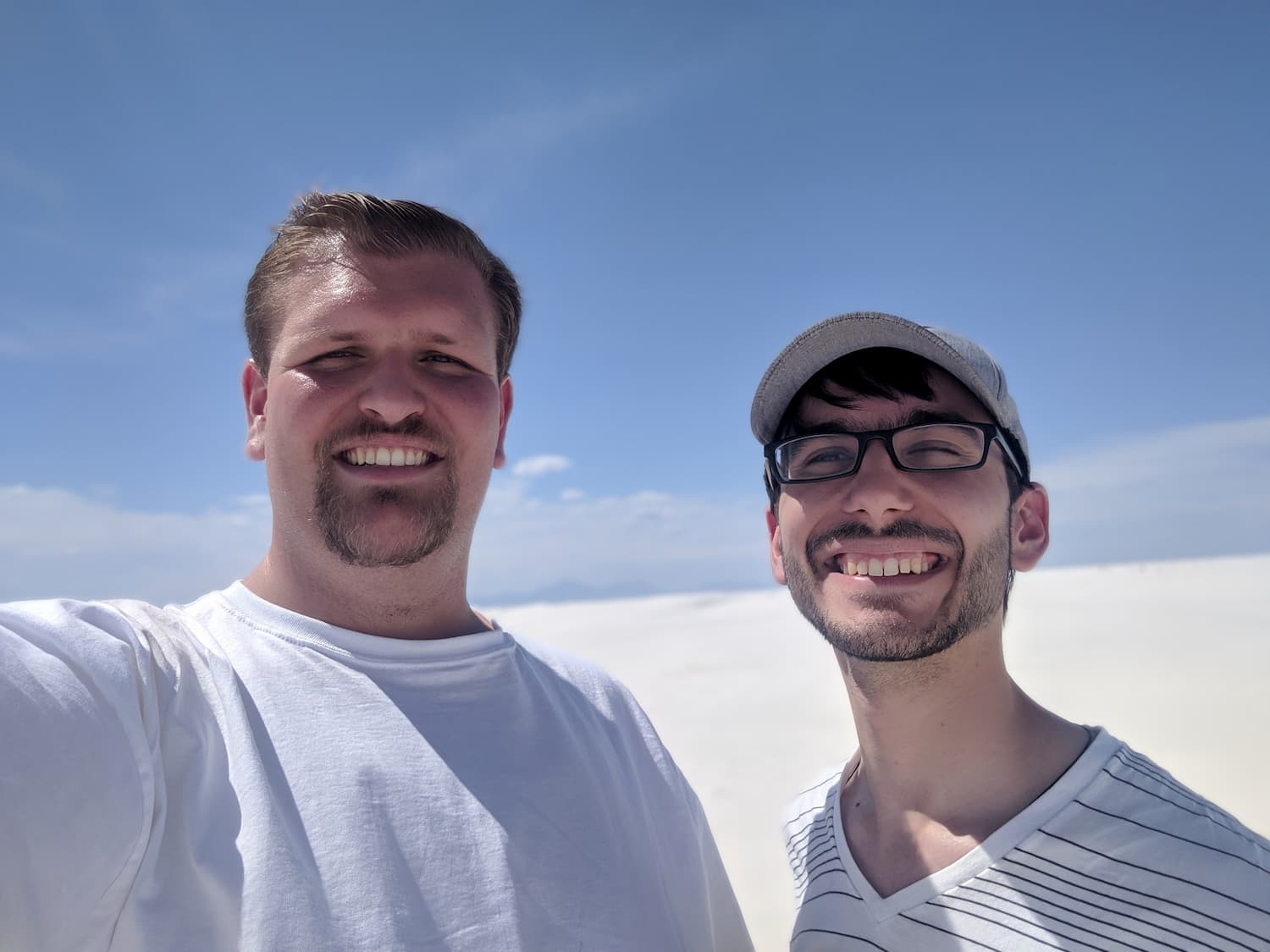 Thank you to the White Sands Missile Range Museum and the New Mexico Space History Museum! We had a great time exploring White Sands and getting up close and personal with rocket history.