It is clear that the students know how much work goes into just getting a rocket on the launch rail, and that earns mutual respect.

124 university teams are competing for the top prize at the 2019 Spaceport America Cup, so the odds are good for finding a few rivalries.

NMSU's Atomic Aggies made their first appearance last year in the 10k COTS class. The rocket didn't survive. This year the Atomic Aggies are back with a new rocket and more experience, once again competing in 10k COTS class. The rocket, Sir Launch-A-Lot, boasts a custom carbon fiber and fiberglass airframe. At the Las Cruces Convention Center on Tuesday, the team's manufacturing and airframe lead, Anita Jimenez, told us, "Last year, being a first-year team and all that, we didn't have the budget to do carbon [fiber]. I have 7 years of experience with carbon, and new leadership this year let me go for it." 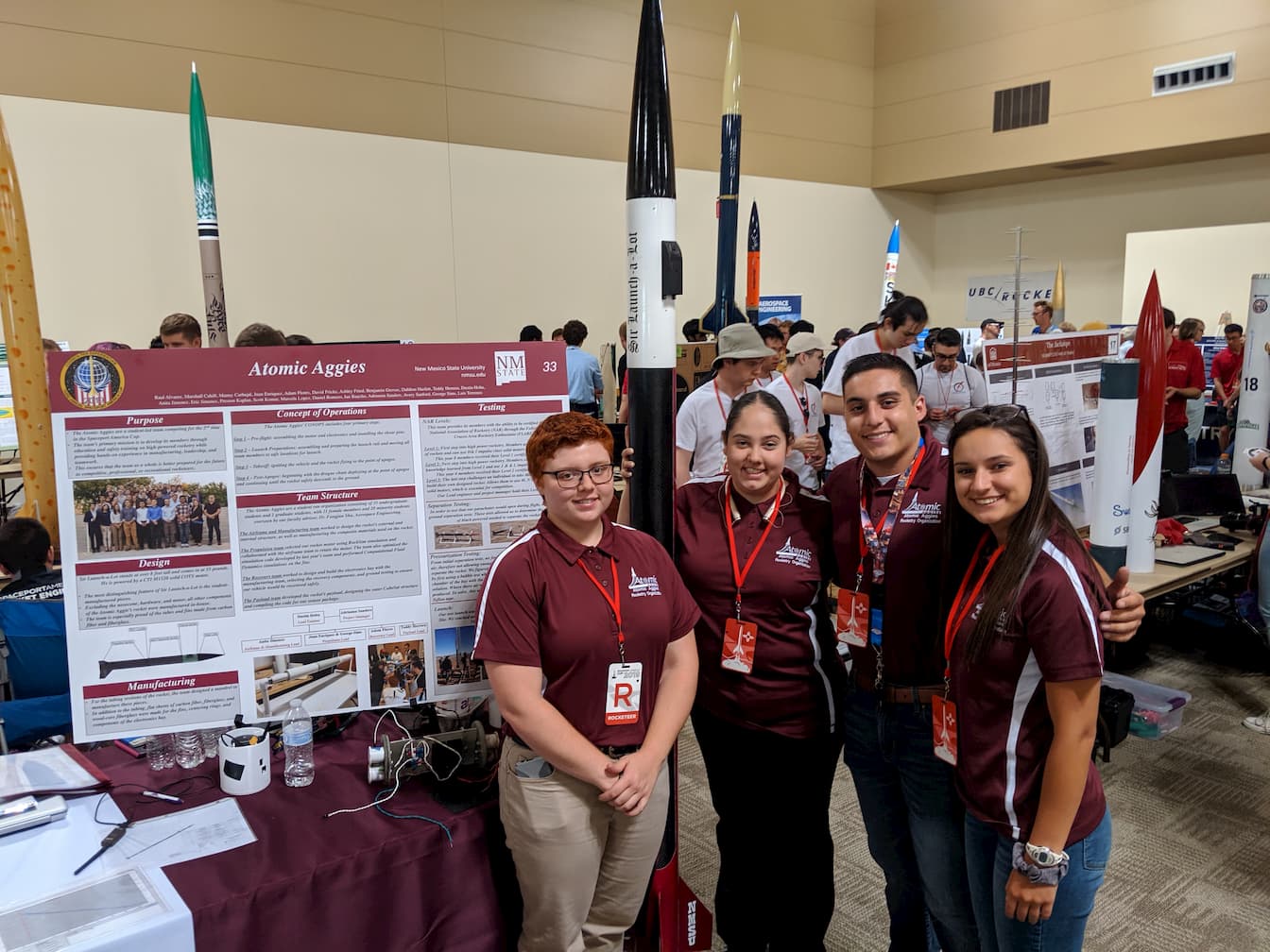 NMSU Atomic Aggies' rocket, Sir Launch-A-Lot, is 2 inches thinner than last year and has much smaller fins. Both are engineering changes to improve flight characteristics over last year's failed launch.

Meanwhile University of New Mexico Lobos are the new kids on the block. The Lobos last built a rocket in 2017, which exploded mid-air after losing a fin. This is the team's first appearance at the Spaceport America Cup. Like the Aggies, the Lobos are competing in 10k COTS class with their brand new rocket. We found their rocket set up on the other side of the Conference Center. Project Lead Victoria Ramirez told us that the team had already iterated on their rocket's design after doing test launches before the event. "We expect a good flight tomorrow. We knew this would be a big event but coming in and seeing all the teams--this is incredible." 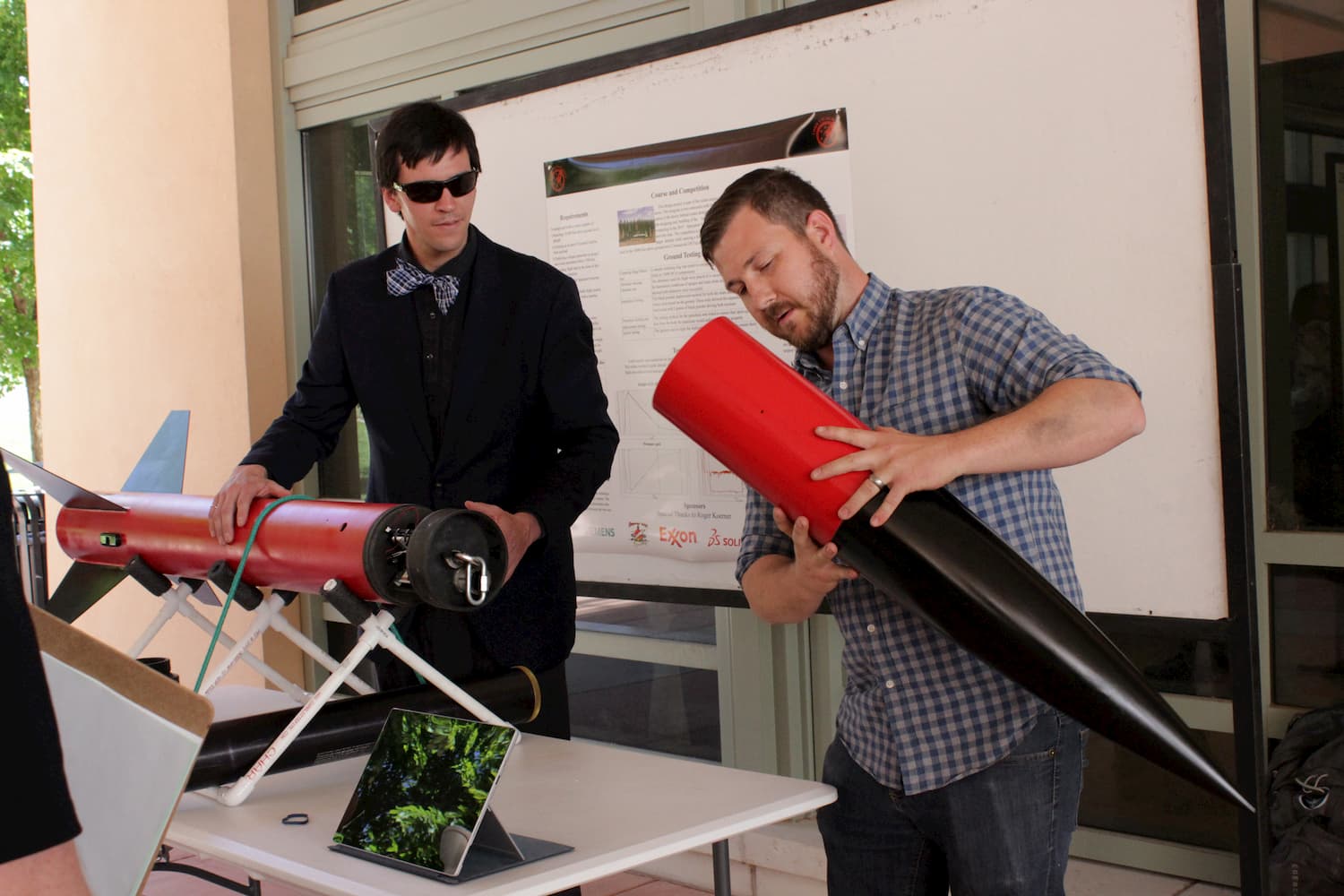 UNM Lobo Launch Team built the rocket as a senior design project under the UNM Department of Mechanical Engineering. The students are enrolled in a year-long Rocket Engineering course and applies that knowledge out on the range. Photo credit: University of New Mexico

As for the title of "home team," it looks like both teams can claim it. NMSU's Jimenez said, "There's a lot of support from the Las Cruces community. We have our own cheerleaders." Where we expected a competitive standoff, we found respect. Jimenez of the Aggies told us the teams had met for the first time at the Cup, and already shared some lessons learned from last year. UNM's Ramirez said, "They [the Aggies] were super nice. It's a friendly rivalry."

Both teams had successful launches on Wednesday.

New Mexico University Lobos with the first launch of the week at @Spaceport_Cup @Spaceport_NM pic.twitter.com/dg1uA7jv22

UNM had the first launch of the competition. NMSU launched later the same day. NMSU's launch video is on their Facebook page.

Rivalries on the field don't make it to the range

Auburn is at Spaceport America for the first time as well. Earlier this year they successfully launched a similar rocket, Project NOVA II, at the NASA University Student Launch Initiative (USLI) with a target altitude of 5000 feet. Their new rocket, Super Nova, has been upgraded to hit double that altitude in the 10k COTS class. We spoke with one of the team's faculty advisors, Rob Kulick. "One thing I noticed is how prepared [the team] has been and how willing they are to adapt if they had to make a change," he said. "Everything on the carbon fiber/fiberglass rocket is made in-house except the electronic components and the motor, including their hand-sewn parachutes." 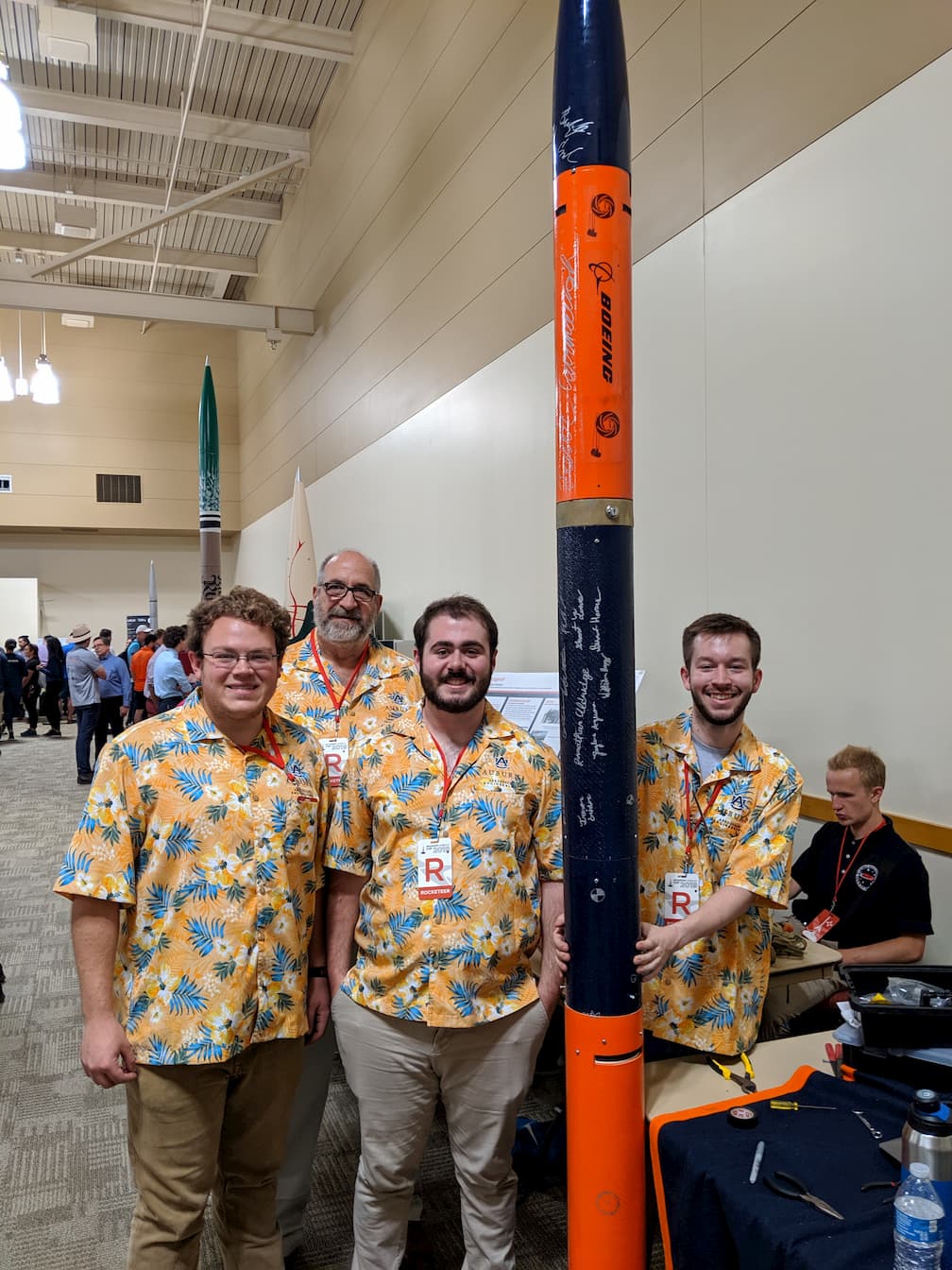 Auburn's rocket carries a small rover payload. After the rocket lands, the rover wheels out about 10 feet and launches its own mini rocket.

A few tents over we found University of Alabama's team working away. This is their 3rd time at the Cup, but like Auburn, this rocket is the result of a hefty upgrade to previous attempts. Alabama is making the jump from the 30k class to the 100k/exhibition class with their new two-stage rocket. This means they're not competing for a prize, instead using the facilities at Spaceport America to test their experimental rocket. We asked the team if this meant there was any less pressure and got a resounding "Nooooooooooo!" 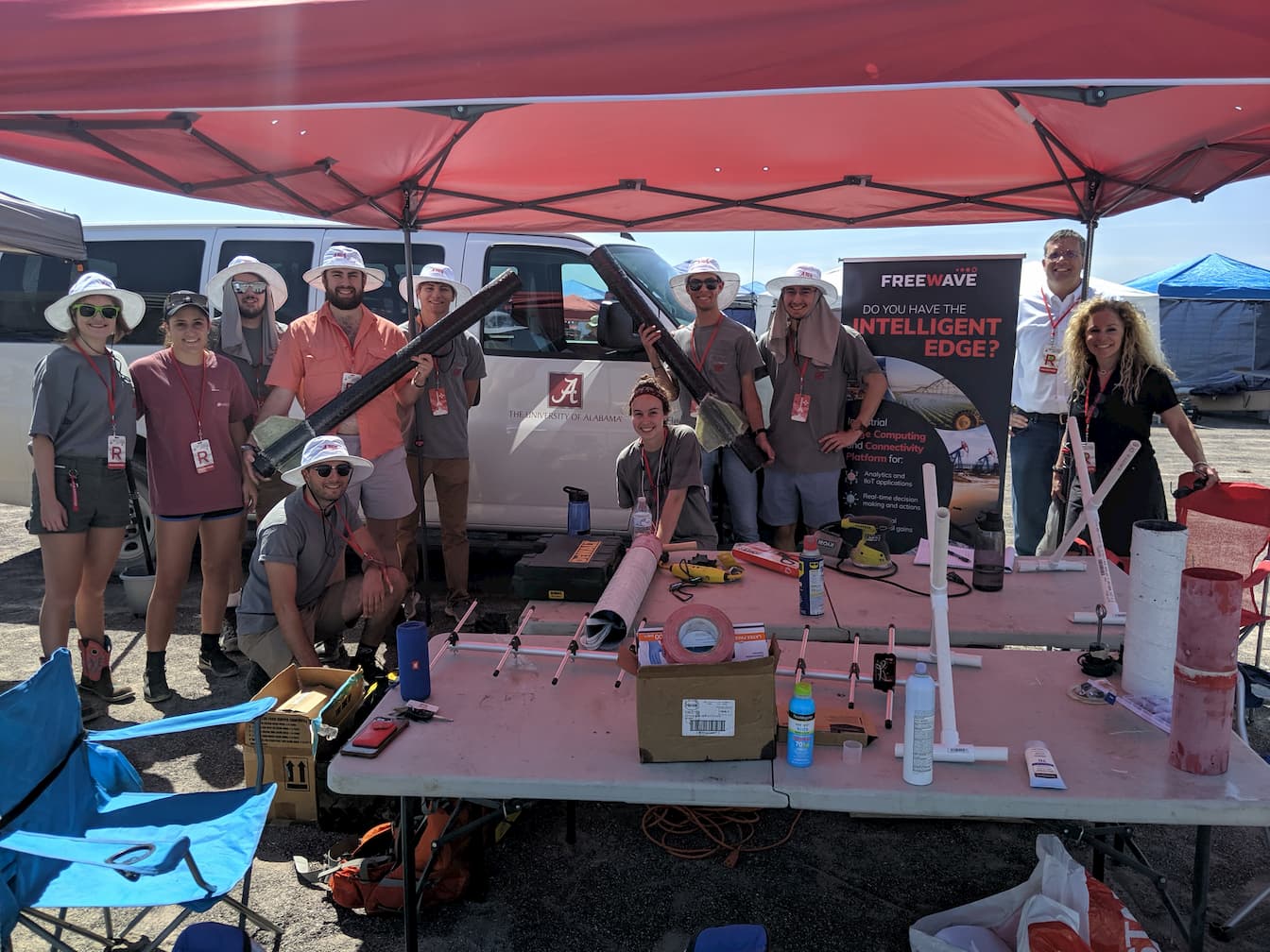 University of Alabama's rocket, Polaris, will test their stage separation and ignition mechanisms, as well as an external helical radio antenna for real-time telemetry. This launch will serve as a foundation for future projects headed for the Karman Line.

Alabama's Project Engineer Liam Nester said, "We were talking with them [Auburn] the other day and we were asked to join a southeastern conference with them. They're really nice guys and they've got a really cool project." Again, instead of rivalry we found mutual respect. It is clear that the students know how much work goes into just getting a rocket on the launch rail, and that rocket engineering is challenging.

"It's really nice to see both teams doing this and helping each other out. When it comes to football, though... we can stay clear of each other on that," Nester said with a laugh. Kulick of Auburn said, "We just have to remind them that we got to the NCAA tournament in basketball. We're playing in Omaha right now and they're sitting at home."