Linkspace: A rather familiar reusable rocket

As companies race to master rocket reusability, will engineers follow in familiar footsteps or embrace unorthodox designs in the quest to reduce costs?

The Chinese company Linkspace has been in news recently for its new partially-reusable rocket. While we have talked in the past about various small launchers, not much attention has been paid to the Chinese launch market and new developments there. In 2018, China has already launched 12 orbital rockets, tied with a resurgent US launch industry. While the global commercial launch market has shifted dramatically around low-cost providers, China remains mostly a government-funded space program, with launches shrouded in secrecy and lacking the livestreams associated with launch providers such as United Launch Alliance, SpaceX, and Arianespace. However, New Space startups like Linkspace are trying to revolutionize the launch market in China as well.

The LINKSPACE RLV-T3 rocket has been used to develop the algorithms needed to land larger rockets vertically.

Linkspace was founded in 2014 as China's first private rocket company in China, based in Beijing. While the company has not launched a rocket into orbit, or even space (100km altitude), they have developed several test vehicles to fine-tune Vertical Take-off and Vertical Landing (VTVL). However, Linkspace has the goal of ultimately launching payloads into orbit with its New Line 1 rocket.

The New Line 1 is a two-stage orbital rocket designed with reuse in mind. It is 1.8m wide and 20m long, putting it in the light-lift class of rockets along with Rocket Lab's Electron and Vector's Vector-R. Its powered by four 100kN liquid kerosene-liquid oxygen engines and can launch up to 200 kg into a Sun-Synchronous orbit (250 to 550 km). With a total mass of 33 mT and a reusable price of $2.25 million, it could be a very competitive launcher in the small satellite market. 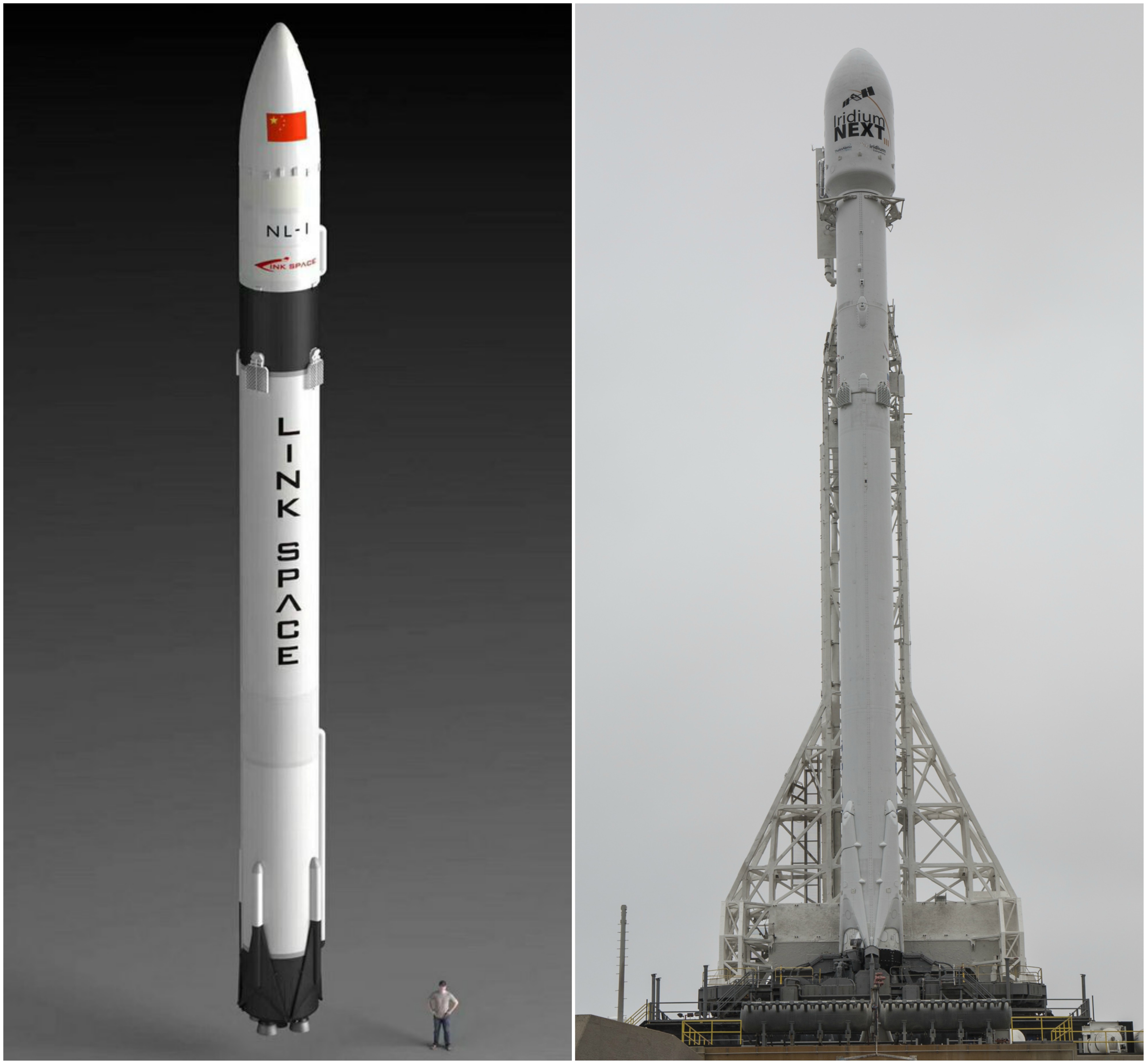 While New Line 1 and Falcon 9 are vastly different in capability and scale, notable similarities exist in certain design elements.

When New Line 1 was announced, media immeditately drew comparisons between Linkspace's reusable rocket booster and the only currently flying, orbital-class reusable rocket booster, the SpaceX Falcon 9. Linkspace's design features grid-fins, flat lattice control surfaces, as well as four extendable landing legs that borrowed the triangular shape and central piston from SpaceX's design. While the design similarities are obvious, it is important to understand the engineering considerations that may have led to these design choices. 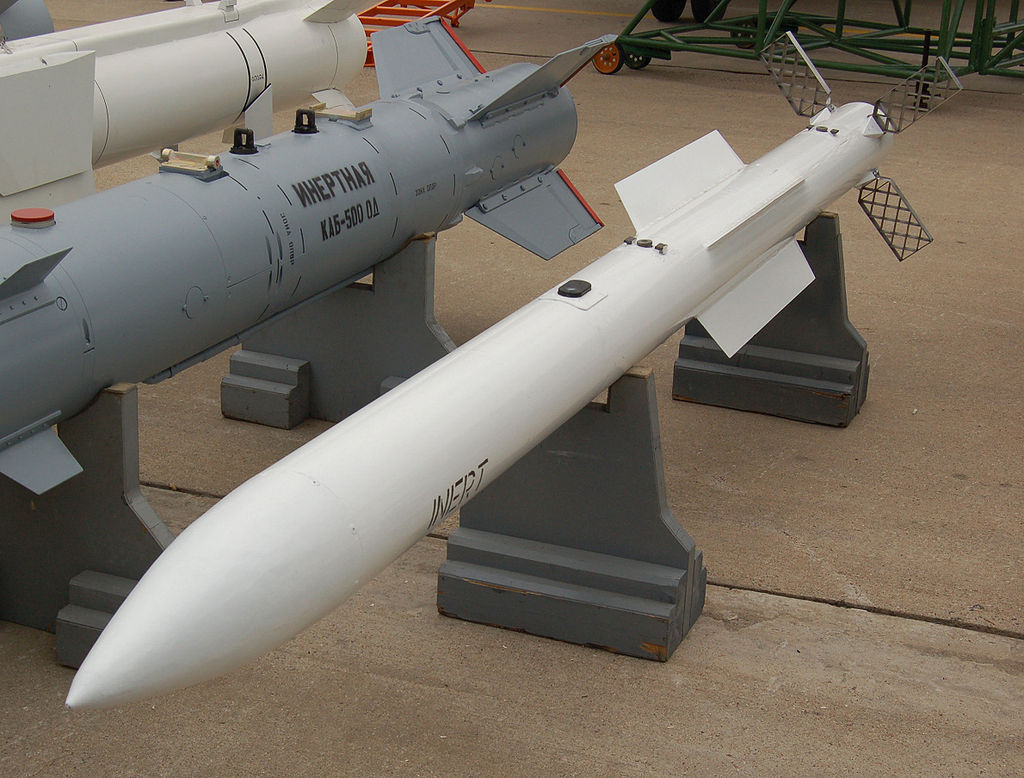 Grid fins have been used in all sorts of aerospace applications, and Linkspace's selection may be driven more by engineering needs than unfair inspiration. Source Wikipedia

Grid fins are an interesting technology that has been used in aerospace for decades. The design allow for excellent control authority in a relatively small space across supersonic and subsonic regimes. Grid fins have been featured on the Soyuz launch abort system for decades, aiding in post-abort stability. They have also been used on bombs and missiles for compact, aerodynamic control at high speeds.

New Line 1's landing leg design is less readily defended. Using four landing legs instead of three provides a tangible benefit to stability. However, low mass landing leg designs take a variety of forms, from the retractable spindly legs of New Shepard, to the stubby legs of Delta Clipper. Potentially, a different design might be lighter or more effective for their smaller vehicle. The wide-swept legs of Falcon 9 provide a wide base to stabilize the 40m tall first stage. New Line 1 will be half as tall with its second stage still attached. It will be interesting to see if New Line 1's leg design changes as the company gets closer to building the first vehicle.

The use of kerosene and liquid oxygen (kerolox) as propellants also makes sense from a reusability perspective. The density of kerolox reduced the overall size of the rocket, meaning less tankage mass is needed resulting in a smaller stage to return to land. While kerolox propellant still causes coking within the engine, making reuse harder, SpaceX has proven that it is not a significant issue, having flown many Merlin engines multiple times across multiple firings.

While the unveiled design bears a striking resemblance to other operational launch vehicles, many of the common design elements come from engineering considerations.

New Glenn's landing profile shares several similarities to SpaceX, including supersonic retropropulsion, tail-first landing, and a landing pad at sea aboard a ship.

After seeing the success of SpaceX's landing efforts, it might make sense to view their method as the best or only way. However, reusability can take many forms. Airbus Defence and Space, a key contractor of Arianespace, proposed the Adeline reuse concept, where the engine block of the first stage would feature winglets and propellers to guide the engine block to a soft horizontal landing at an airfield by the launch site. This approach leverages the cost savings of partial reuse while using less fuel and thus less of a payload penalty on the final rocket.

Project Adeline returns the most expensive component of the rocket back to Earth using traditional plane-like methods. Source Wikipedia

We might see even more radical reuse concepts progress in the coming years as well. Single Stage to Orbit (SSTO) designs have been around for decades, and Reaction Engines is creating the highly efficient technology to enable practical SSTO. Skylon is SSTO rocket plane that would take off and land horizontally and offer full reuse.

Reusable rocketry is in its infancy, and there is plenty of room for innovative and unique techniques to push the boundaries of what we think a reusable rocket to be. While New Line 1, looks like a copy-cat at first glance, its development, and the efforts of rocket engineering teams around the world, are pushing future launch costs down with reuse and enabling more frequent and reliable access to space for everyone.