NASA and the Department of Energy’s National Nuclear Security Administration (NNSA) have successfully demonstrated a new nuclear reactor power system that could enable long-duration crewed missions to the Moon, Mars and destinations beyond.

NASA recently announced the results of the Kilopower Reactor Using Stirling Technology (KRUSTY) experiment, which was conducted at the Glenn Research Center in Cleveland from November 2017 through March of this year.

Nuclear power could be a key technology for enabling permanent human presence on other bodies. On the Moon, for example, the day-night cycle lasts roughly 14 days, which means solar power needs to be coupled with large amounts of heavy batteries to provide consistent power. This power storage disadvantage makes the consistent output of nuclear power plants attractive for lunar bases.

“Safe, efficient and plentiful energy will be the key to future robotic and human exploration,” said Jim Reuter, NASA’s acting associate administrator for the Space Technology Mission Directorate (STMD) in Washington. “I expect the Kilopower project to be an essential part of lunar and Mars power architectures as they evolve.” 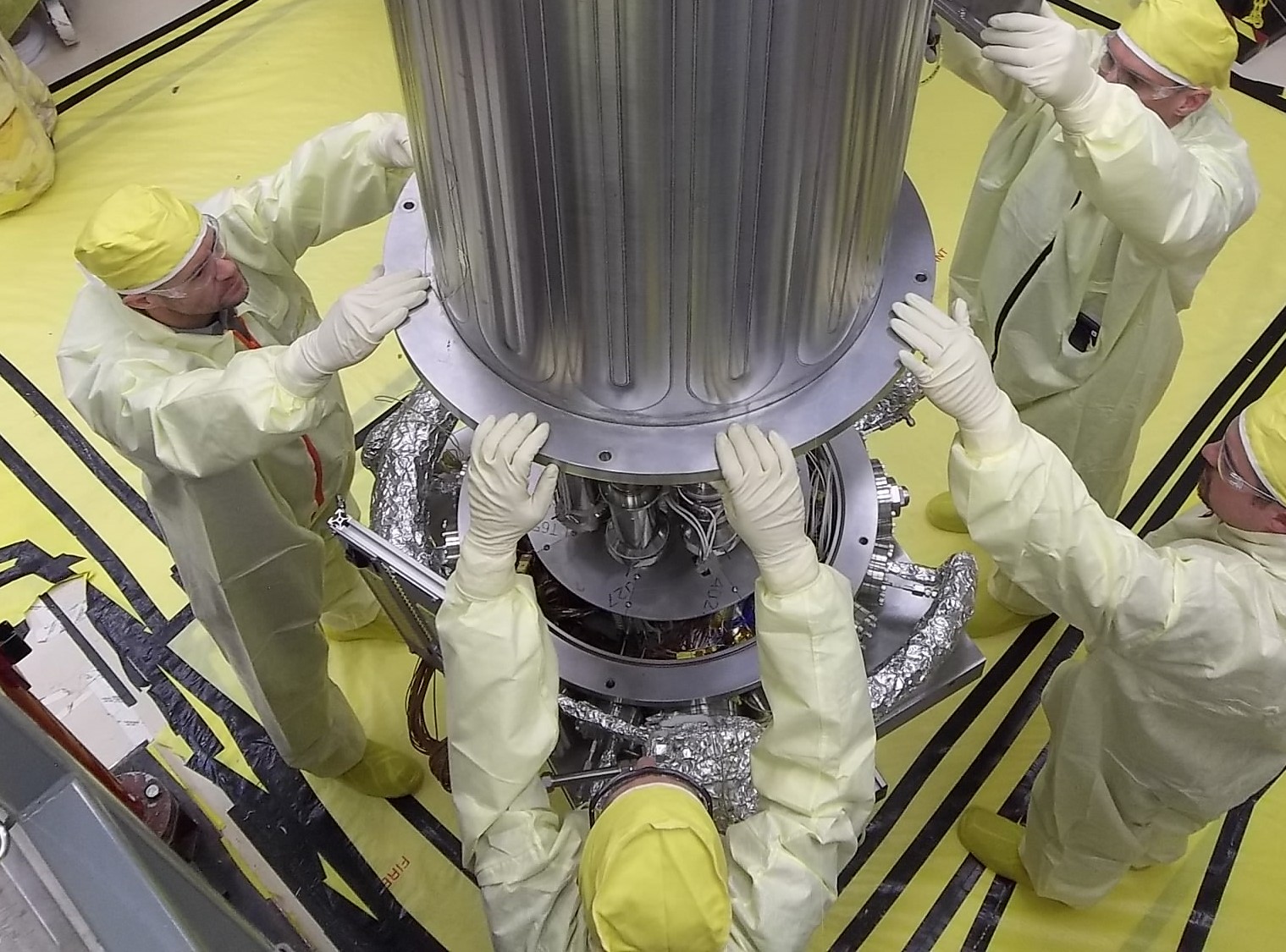 NASA and NNSA engineers lower the wall of the vacuum chamber around the Kilowatt Reactor Using Stirling TechnologY (KRUSTY system). The vacuum chamber is later evacuated to simulate the conditions of space when KRUSTY operates. Credits: Los Alamos National Laboratory

Kilopower is a demonstration of lightweight fission power generation. The experiment can provide up to 10 kilowatts of electric power for 10 years. NASA says 4 equivalent Kilopower units could power a lunar outpost. Another subtle advantage of fission power generation is waste heat, which could be used to heat habitat spaces and melt ice for drinking water and later processing into rocket fuel (H2/O2).

Designed with safety in mind

“We threw everything we could at this reactor, in terms of nominal and off-normal operating scenarios and KRUSTY passed with flying colors,” said David Poston, chief reactor designer at NNSA’s Los Alamos National Laboratory.

The Kilopower test regime consisted of thorough unpowered and powered tests with the final phase a 28-hour, full-power test that simulated what the reactor would experience in a nominal space mission, including reactor startup, ramp to full power, steady operation and shutdown.

The Kilopower project is currently part of the Space Technology Mission Directorate Game Changing Development program but could soon fly into space as early as 2020 as a Technology Demonstration Mission program. This coincides with NASA's general pivot towards the Moon in the near term. The Lunar Orbital Platform-Gateway could be flying as early as 2022. One of the key features of the outpost would be the ability to support telepresence and manned lander operations on the lunar surface. Kilopower could play an essential part in powering those missions. NASA is also developing lunar landers in cooperation with commercial partners. Kilopower is compact enough to be landed by these relatively small craft. While the political challenges of flying fissile material into orbit are not insignificant, projects like Kilopower help push the technology forward, making it more efficient and safer overall.